Image shows some of the crowds who came to the airport to greet the Apollo 13 crew. 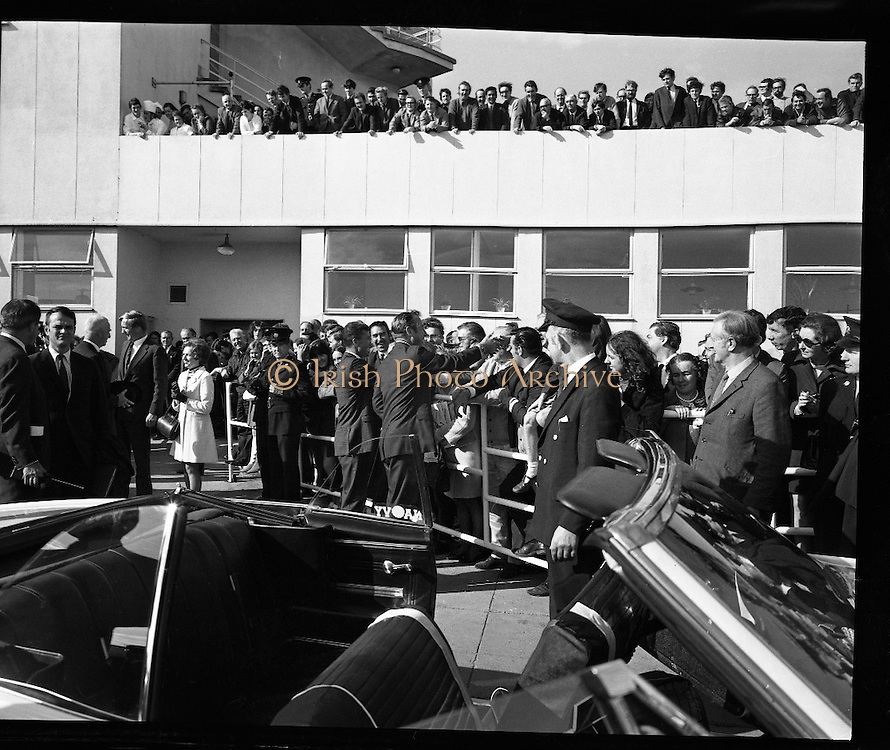