Stone statue of Kurlil From Tell al-'Ubaid, southern Iraq, Early Dynastic period, about 2500 BC. Found next to the Temple of Ninhursag. limestone statue was excavated in 1919 besides the ruins of the temple at Tell al-'Ubaid dedicated to the Sumerian fertility goddess Ninhursag. A very damaged sculpture was found alongside it, with only the upper part of the body surviving. A cuneiform inscription identifies it as Kurlil, an official in the city of Uruk who had dedicated the image to the goddess Damkina at Tell al-'Ubaid. A cuneiform sign on the right shoulder of this statue, though very worn, can be identified as part of Kurlil's name. 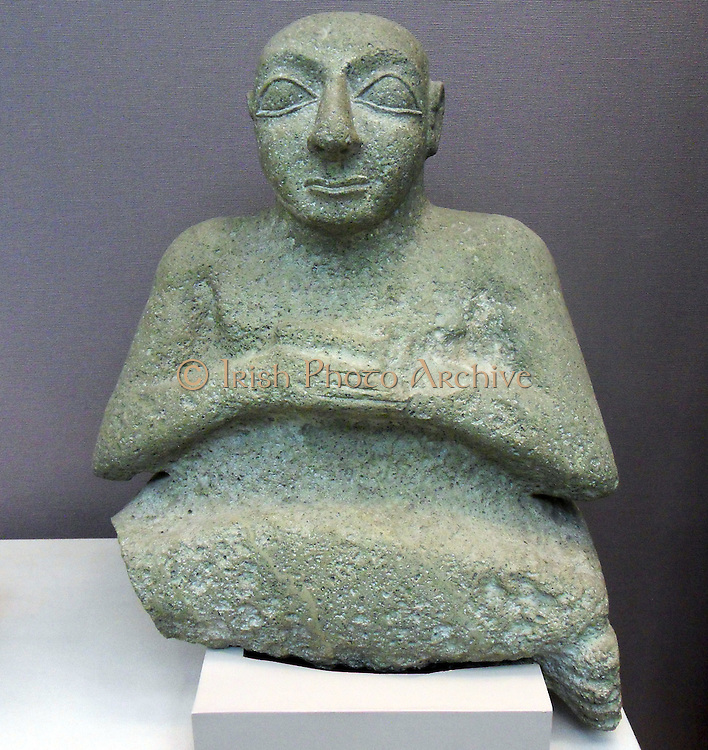