St Valentine's Shrine, Whitefriar Street. K88.1977..11.02.1977..02.11.1977..11th February 1977..St Valentine was a priest who lived in Rome in the Third Century AD. After assisting Christian martyrs who were persecuted by the Emperor Claudius he was taken prisoner in 269 AD. Refusing to renounce his faith he was executed ,by beheading, on 14th February 290 AD..In 1835 at the direction of pope Gregory XVI his remains were disinterred and presented to Father John Spratt, Master of Theology within the Carmelite Order. A shrine was erected in the Carmelite Church in Whitefriar Street to house the remains and is still there to this day..St Valentine now regarded as the patron saint of lovers and is celebrated every year on 14th February..Image of the shrine containing the remains of St Valentine, also included is a small vessel tinged with his blood. 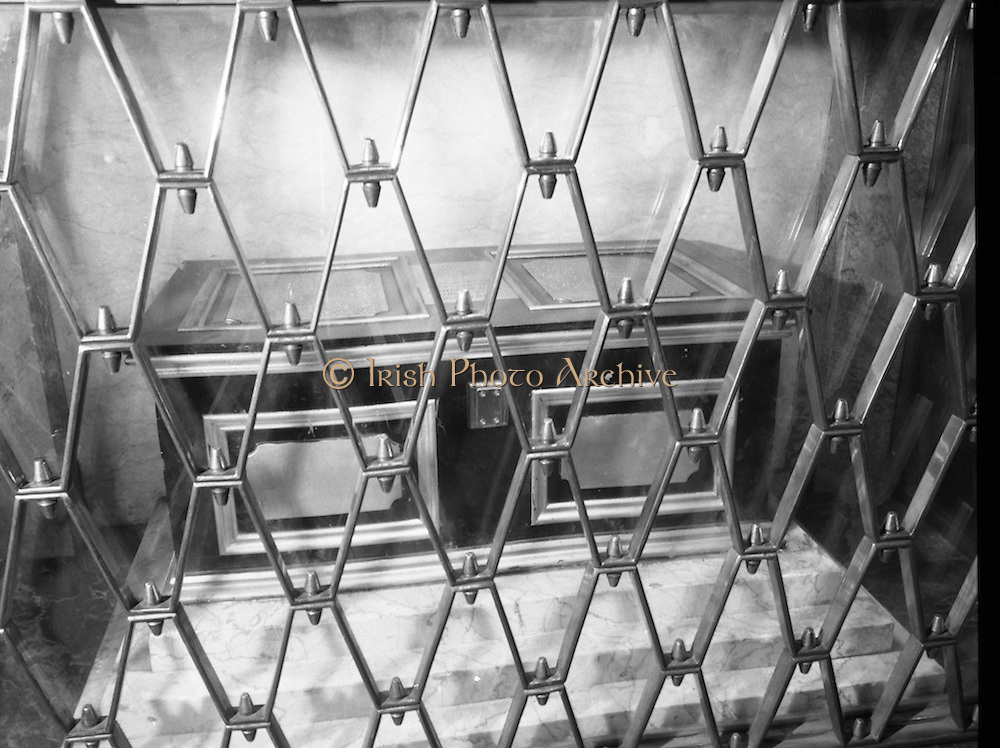