James Manby Gully (1808-1883) British physician who practised first in London then in Malvern, Worcestershire, where he specialised in hydrotherapy. His reputation was damaged by connection with the scandal of the Bravo murder case of 1876, at the time of this cartoon. Gully published 'The Water Cure in Chronic Disease' (1846). He was the model for Dr Gullson in Charles Reade's 'reforming' novel 'It is Never Too Late to Mend' (1856), later produced as a play. Cartoon from 'Vanity Fair'. (London, 5 August 1876). 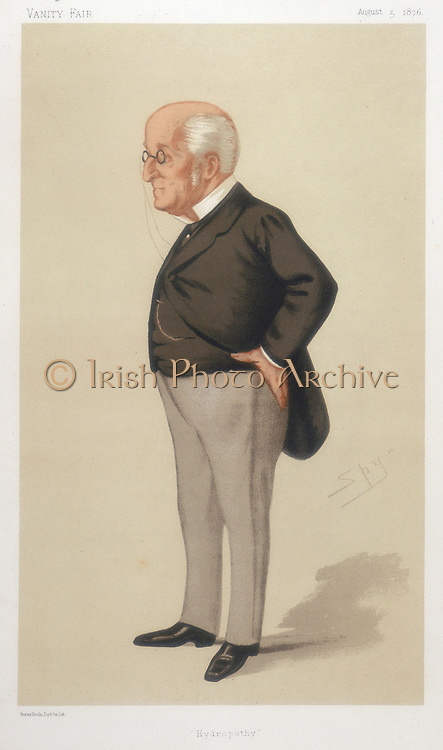