League of Ireland vs Liverpool FC. (M87)..1979..18.08.1979..08.18.1979..18th August !979..In a pre season friendly the League of Ireland took on Liverpool FC at Dalymount Park Phibsborough,Dublin. The league team was made up of a selection of players from several League of Ireland clubs and was captained by the legendary John Giles. Liverpool won the game by 2 goals to nil..The scorers were Hansen and McDermott...Image shows Noel Synnott (5) heading clear despite the attentions of Kenny Dalglish (7). also in the picture are Cathal Muckian (8), David Johnson (9),John McCormack (4),goalkeeper Alan O'Neill and Ray Kennedy. 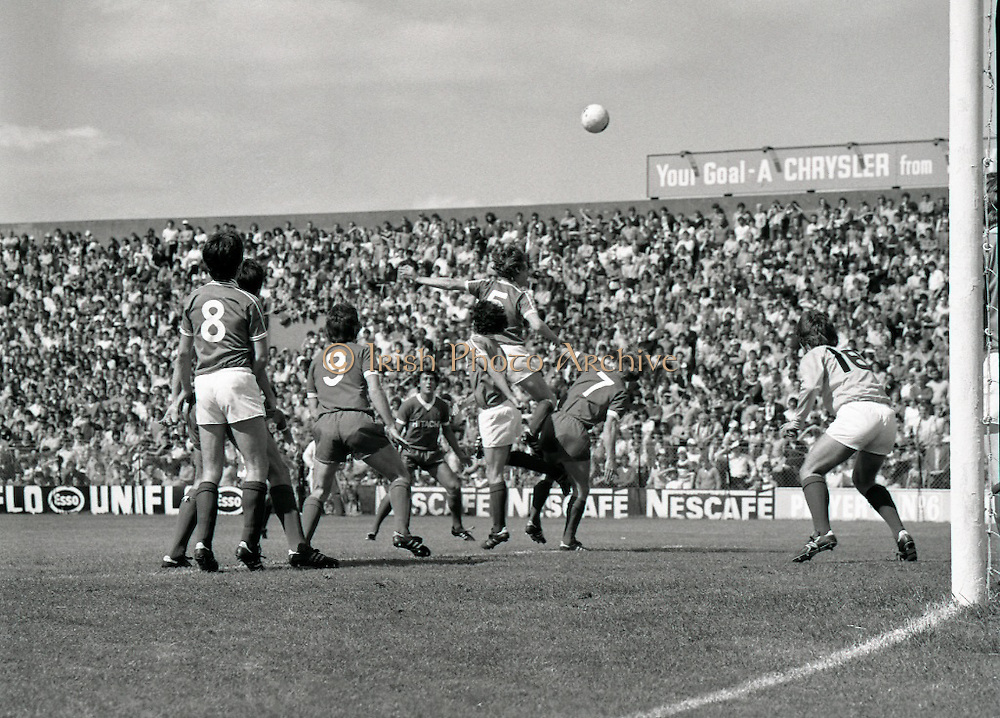