Basalt slab of Nectanebo IFound at Alexandria, Egypt. 30th Dynasty, around 370 BC. Nectanebo I (380-362 BC) was the first king of the last dynasty in the traditional structure of Egyptian chronology (the Thirtieth Dynasty), and the last major native pharaoh. His reign can be considered as a renaissance of art and building work. Many temples throughout the land benefited from his patronage; it was probably under Nectanebo that the first pylon (gateway) of the temple of Amun at Karnak was constructed. Massive mud brick enclosure walls were also built around many of Egypt's temples. 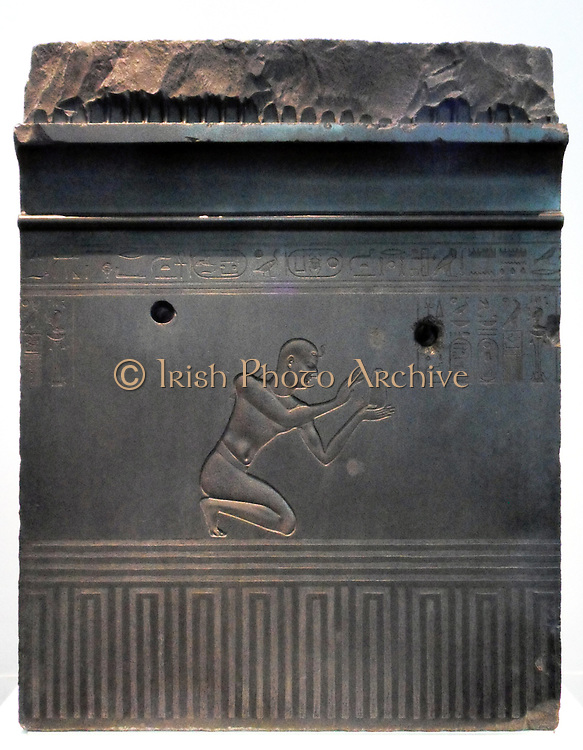