Soldiers are pictured advancing up the hillside in attack formation. 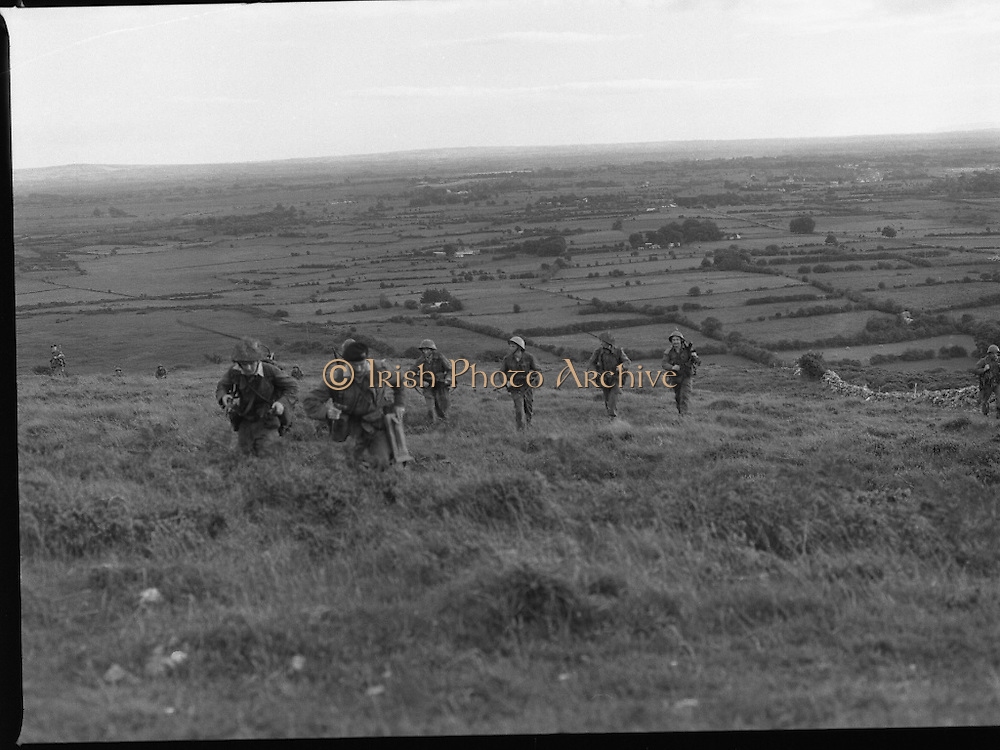