At the turn of the 20th century, the town of Newbridge, in the heart of Co. Kildare was a thriving garrison community. This all had changed when the British army moved out in 1921, leaving a huge economical vacuum. As Newbridge entered the 1930's it was a town in crisis. The Irish Government, aware of the problem throughout Ireland, encouraged the setting up of new manufacturing enterprises in the non- traditional areas outside the major cities. For Newbridge, the break was to come in the form of a local school teacher Senator Cummins, a national leader of the Labour party, William Norton and Joe McGrath Snr who previously played a major part in the historic treaty negotiation of 1921. In 1934 the Newbridge Cutlery Company was established and quickly become renowned for its quality craftsmanship and design ethos. It was the 1970's, which were proven to be the biggest challenge to Newbridge Cutlery. It was at this time that Dominic Doyle joined the organisation as chief executive. He steered the company to be more focussed and specialised..Through down sizing and focusing on the niche market for unique, quality tableware, the company survived this period of trouble and right through the infamous recession years of the 80's. 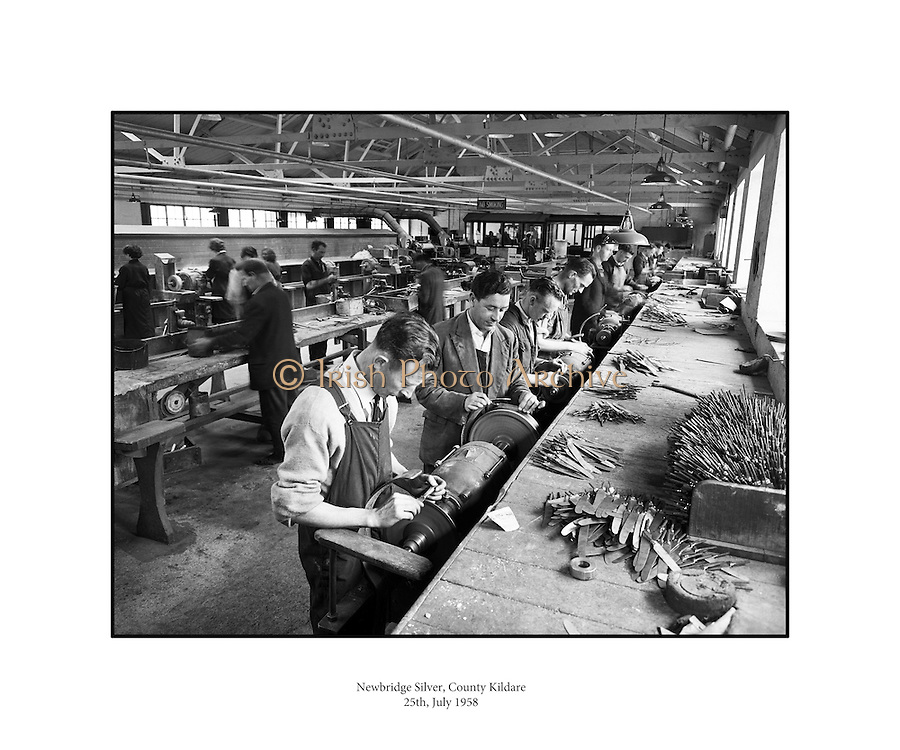