NASA's Spitzer Space Telescope set its infrared eyes upon the dusty remains of shredded asteroids around several dead stars. This artist's concept illustrates one such dead star, or 'white dwarf,' surrounded by the bits and pieces of a disintegrating asteroid. These observations help astronomers better understand what rocky planets are made of around other stars. Asteroids are leftover scraps of planetary material. They form early on in a star's history when planets are forming out of collisions between rocky bodies. When a star like our sun dies, shrinking down to a skeleton of its former self called a white dwarf, its asteroids get jostled about. If one of these asteroids gets too close to the white dwarf, the white dwarf's gravity will chew the asteroid up, leaving a cloud of dust.Spitzer's infrared detectors can see these dusty clouds and their various constituents. So far, the telescope has identified silicate minerals in the clouds polluting eight white dwarfs. Because silicates are common in our Earth's crust, the results suggest that planets similar to ours might be common around other stars. 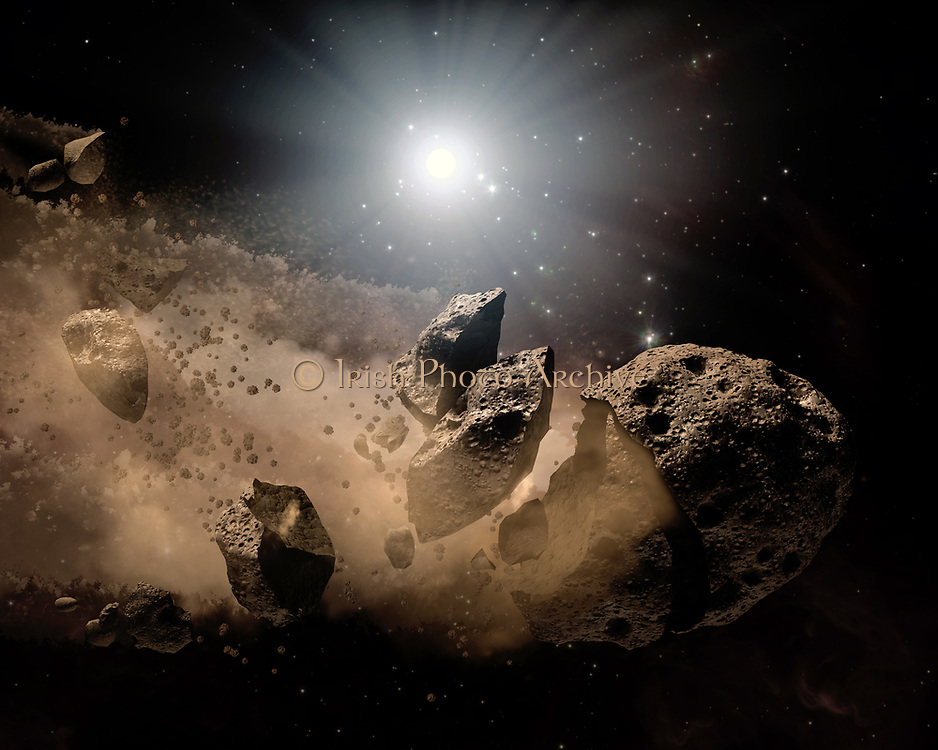