Armagh is in possession of the ball but two Roscommon players tackle him during the All Ireland Senior Gaelic Football Semi Final Replay Roscommon v Armagh in Croke Park on the 28th August 1977. Armagh 0-15 Roscommon 0-14. 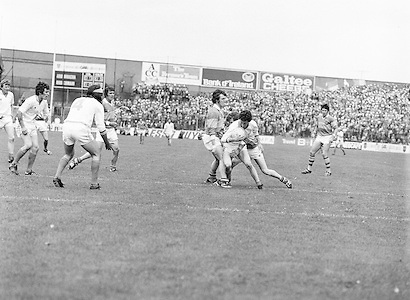