The Erzurum Offensive or Battle of Erzurum. An offensive by the Imperial Russian Army on the Caucasus Campaign that led to the capture of the strategic city of Erzurum. Ottoman forces, in winter quarters, suffered a series of unexpected reverses that led to a decisive Russian victory;10 January 1916 – 16 February 1916 ranks of Caucasian and Siberial troops After the fall of Erzerum : Grand Duke Nicholas reviews the serried ranks of Caucasian and Siberial troops from his field automobile. 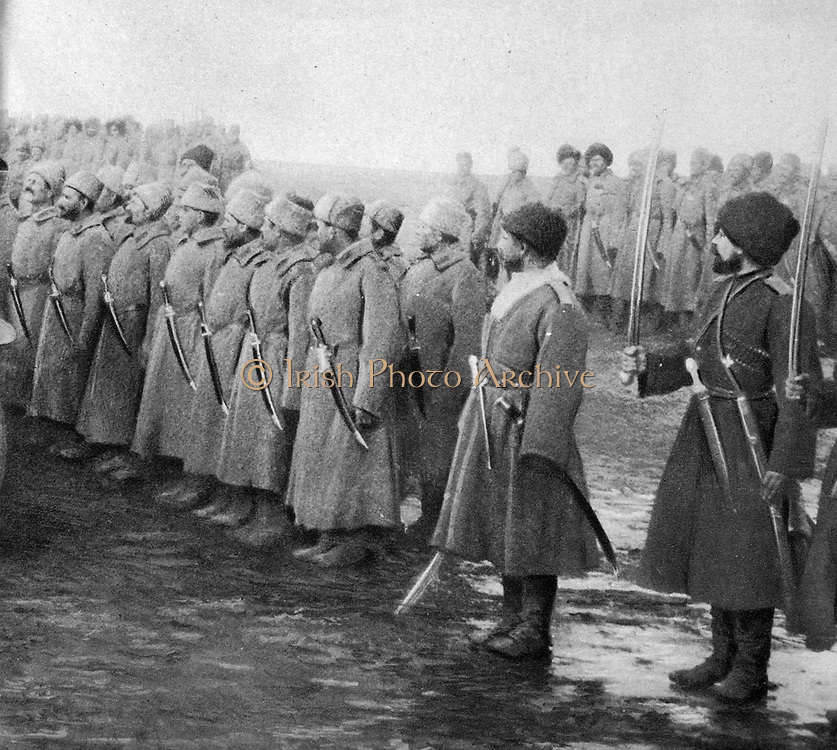