Jim Larkin Statue. O'Connell Street Dublin. (M77)..1979..15.06.1979..06.15.1979..15th June 1979..Today saw the unveiling of a statue in memory of James (Big Jim) Larkin. Larkin was a trade union activist who was a thorn in the side of many employers who refused to allow workers join unions. A dispute with The Dublin United Tramway Company escalated into what is now known as the great lock out. Employers banded together and wanted workers to sign a pledge stating that they would not join Larkin's union the Irish Transport And General workers Union (ITGWU). The lock out lasted seven months. During this time Larkin was nited for his rhetoric in standing up for the poor and oppressed within Irish Society...Jim Larkin: Born Jan 21 1876 .Died Jan 30 1947...Image of Denis Larkin,(son of Jim) introducing President Hillery to Mr Harold O'Sullivan, President,Irish Congress of Trade Unions. Incleded are TDs George Colley,Minister for Finance and Gene Fitzgerald, Minister for Labour. 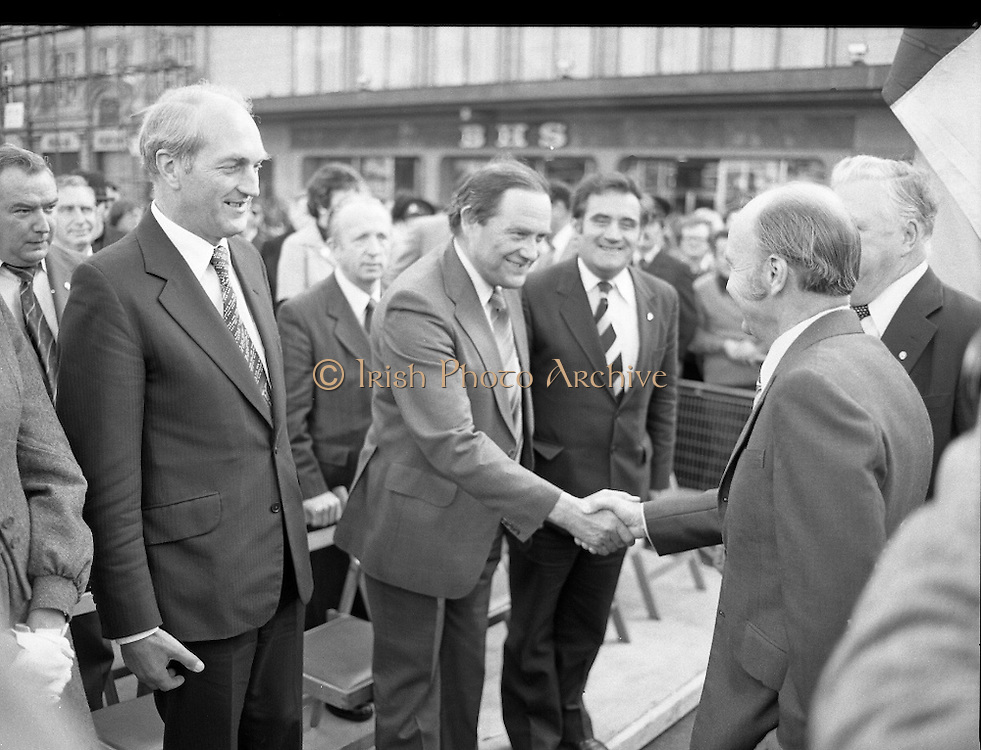