Hubble Interacting Galaxy Arp 148, the staggering aftermath of an encounter between two galaxies, resulting in a ring-shaped galaxy and a long-tailed companion. The collision between the two parent galaxies produced a shockwave effect that first drew matter into the center and then caused it to propagate outwards in a ring. The elongated companion perpendicular to the ring suggests that Arp 148 is a unique snapshot of an ongoing collision. Infrared observations reveal a strong obscuration region that appears as a dark dust lane across the nucleus in optical light. Arp 148 is nicknamed Mayall s object and is located in the constellation of Ursa Major, the Great Bear, approximately 500 million light-years away. This interacting pair of galaxies is included in Arp's catalog of peculiar galaxies as number 148. 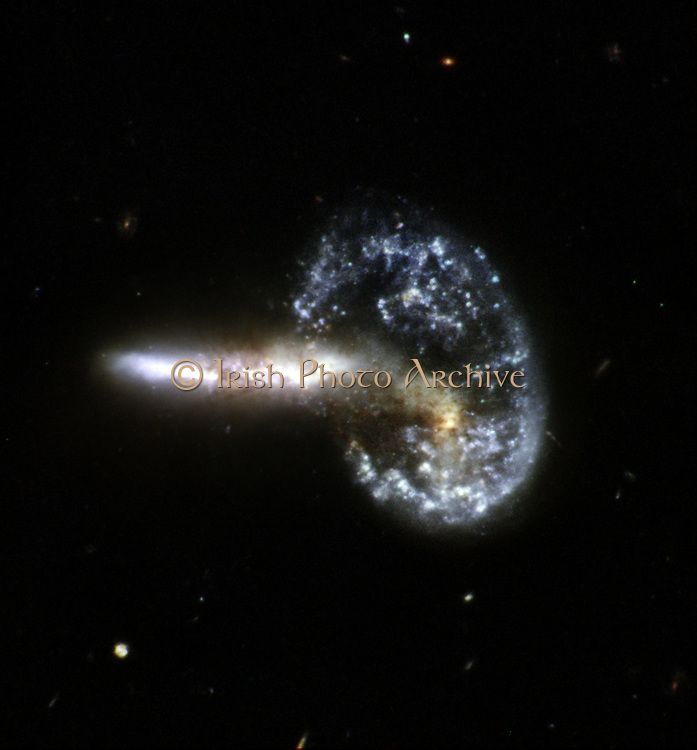