Funeral of President Childers. (H62)..1974..20.11.1974..11.20.1974..20th November 1974..Following a period of lying in state, the remains of President Erskine Childers were removed today from Dublin Castle. The cortege would transfer the president to St Patrick's Cathedral where the funeral service would be held...Picture shows the Tricolour draped coffin aboard the gun carriage in preparation for the short journey to St Patrick's Cathedral. In the background the family of the president and members of state and government make their way to the waiting cars. 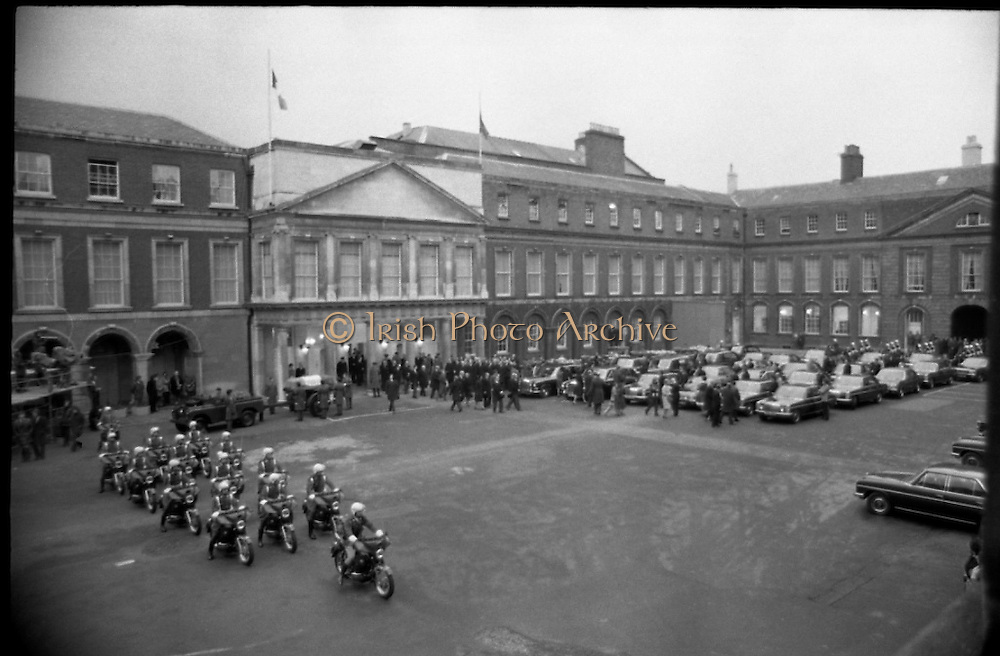