The Battle of Pavia, February 24, 1525, was the decisive engagement of the Italian War of 1521-25. A Spanish-Imperial army under the command of Charles de Lannoy attacked the French army under the personal command of Francis I of France. The French army was defeated. Francis himself, captured by the Spanish troops, was imprisoned by Charles V and forced to sign the humiliating Treaty of Madrid, surrendering significant territory to his captor. 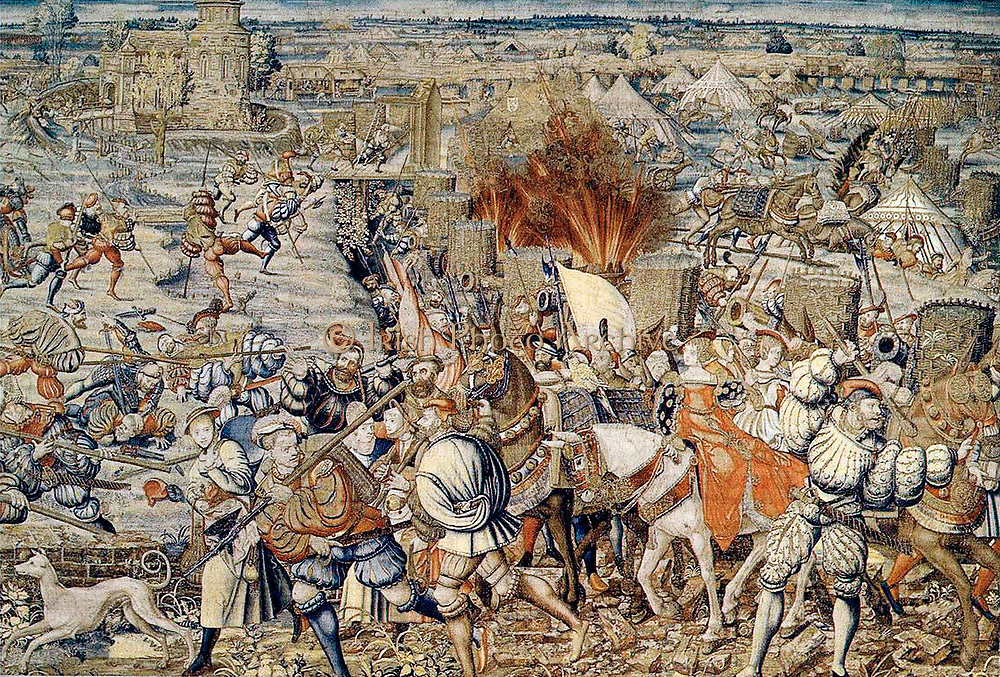