La Bouillotte, early 19th century. Scene of men and women in French Empire fashons at an evening entertainment watching a game of Bouillotte in progress at the card table. On the other side of the room by the fireplace two couples flirt, while an elderly man reads the 'Journal du Commerce'. On the mantelpiece are a clock and two candlesticks and above it a large mirror reflects and increases the light from the candles and two oil lamps. 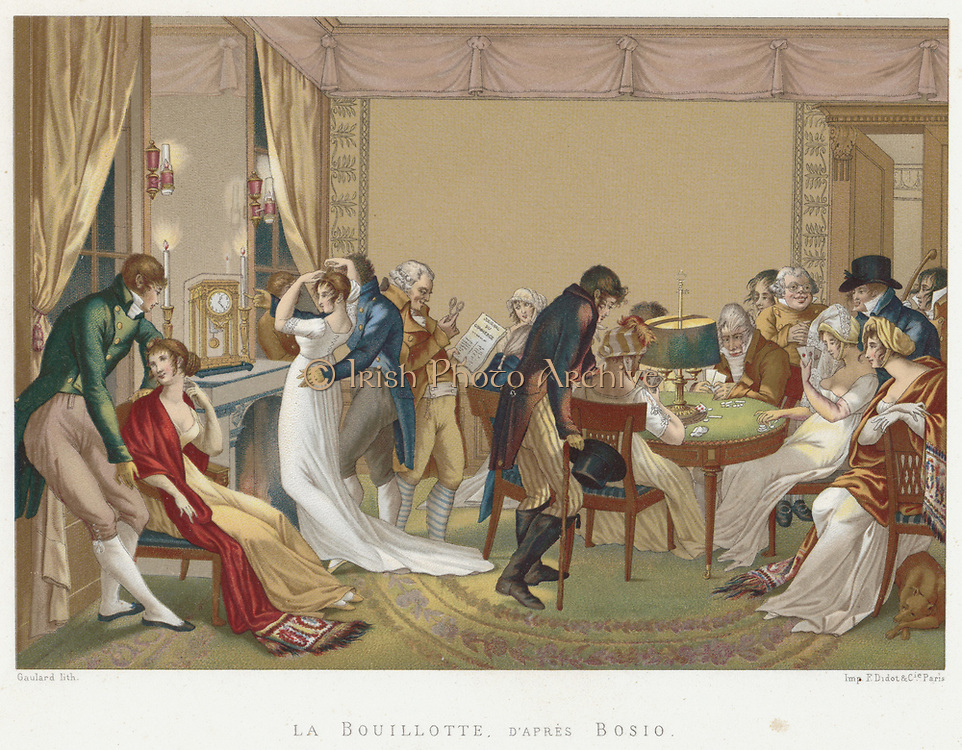