Title page of Galileo 'Dialogo sopra i due Massimi Sistemi del Mondo', (Florence,1632). Galileo Galilei (1564-1642) published his 'Dialogue on the Two Great World Systems' in Italian rather than Latin, the customary language used for academic works. In it he supported a heliocentric (sun-centred) universe rather than a geocentric (earth-centred) one, thus contradicting the teaching of Aristotle which was accepted by the Christian church. The fact that the heresy was in the vernacular and so accessible to anyone who could read, not just scholars, was seen as undermining the authority of the Church. 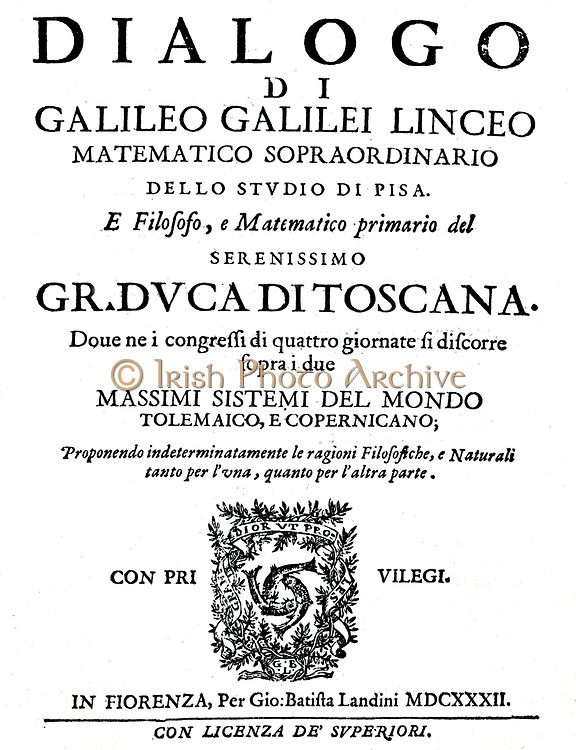