Premier Tailors Special - Paddy Coad Soccer star.11/04/1957..Paddy Coad (04/04/1920 – 08/03/1992) is a former Irish football player and manager. He played as a forward for Waterford United, Glenavon, Shamrock Rovers and Ireland. Although known, primarily, as a maker of goals, Coad scored 126 goals in the League of Ireland and a further 41 in the FAI Cup. In 1946-47 he was top goalscorer in the League of Ireland. As a player manager he also guided Rovers to three League of Ireland titles and two FAI Cups, before he returned to Waterford and guided them to their first league title in 1966. He was appointed manager of Limerick F.C. in September 1967 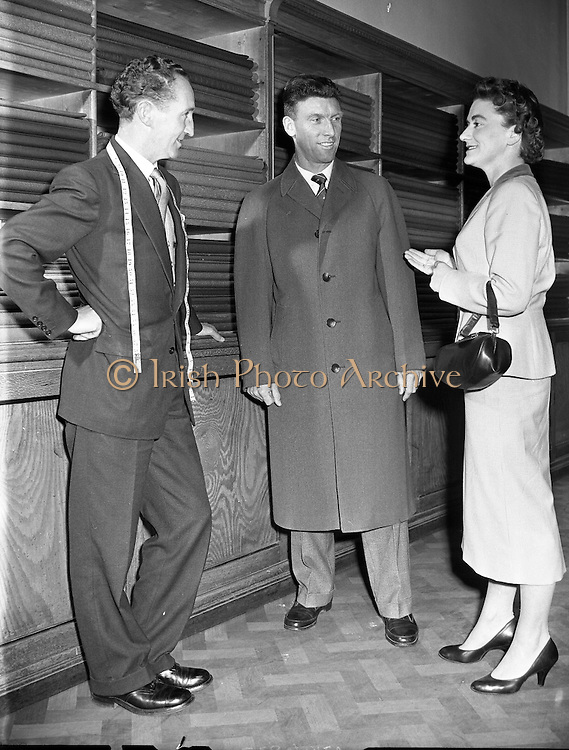