Casting the speculum metal mirror for the Great Melbourne telescope. The first casting of the 48-inch (122cm) mirror was made on 3 July 1866, but this was defective and it5 was the third casting made a fortnight later that was finally used. the telescope was assembled in Dublin before being dismantled and shipped to Australia in 1868. Built by Grubbs of Dublin. Engraving after the picture by Howard Grubb. From 'The Strand Magazine' (London, 1896). 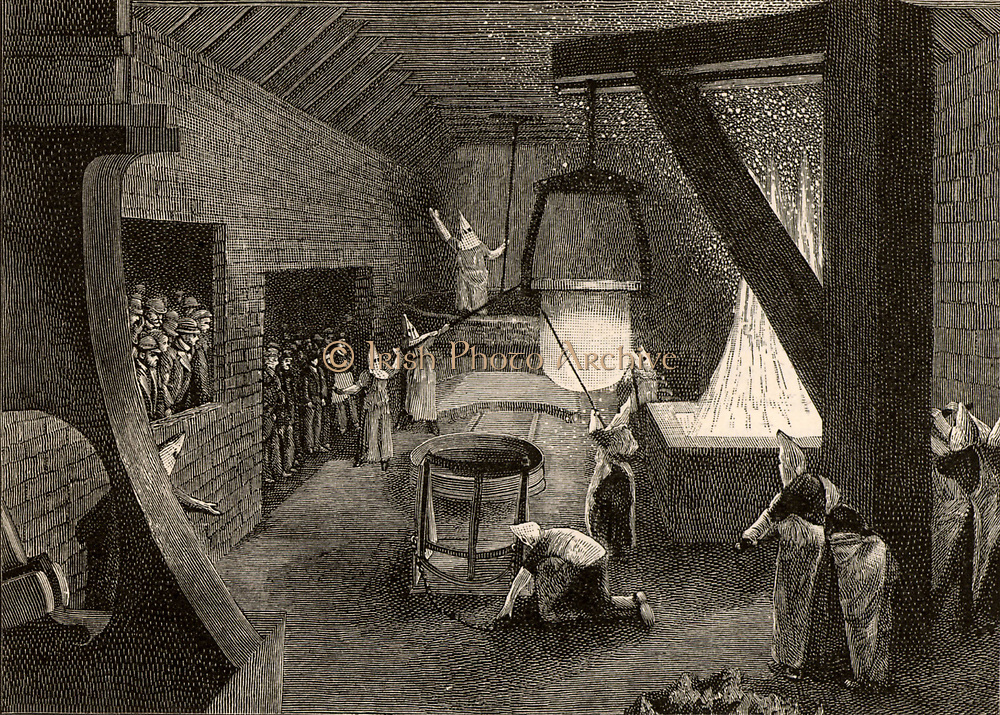