Austin Currie Canvas In Palmerstown (T1)..1989..07.06.1979..06.07.1989..7th June 1989..In the general election The Fine Gael Party chose Mr Austin Currie to contest for a seat in Dail Eireann. Well known as a civil rights activist and peace campaigner Mr Currie hoped to win a seat alongside running mate Mr Jim Mitchell.Mr Currie previously held a seat in the Northern Ireland Executive and held a position as Minister for Housing and Local Planning. Mr Currie is a founder member of the S.D.L.P...Image shows Mr Currie and his team planning the route that they would take in his quest to garner votes. 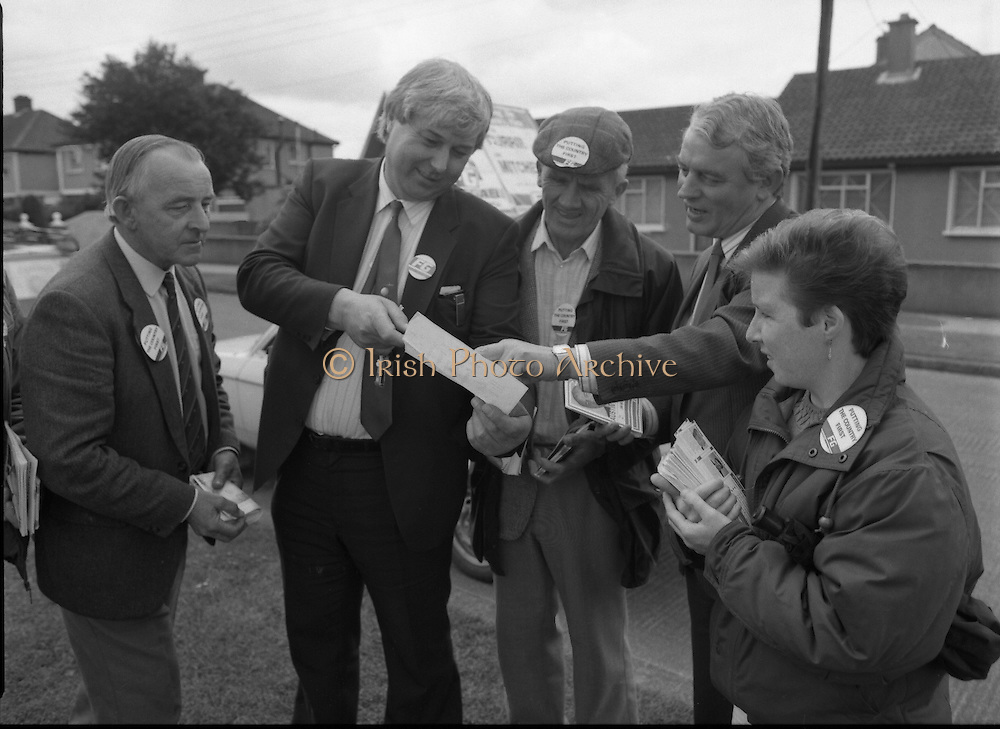