The Hermetic Vessel, c1760. Hermetic vessel in the alchemical furnace. The serpent within the vase symbolises the earthy substances of which the Philosopher's Stone is made. From 'Fr Basilii Valentini Benedictiner Ordens Chymische Schriften'. (Leipzig, 1760?). Basil Valentine (Basilius Valentinus) is a shadowy 15th century figure. He is supposed to have been a Benedictine monk, and is credited with a deep knowledge of alchemical mysteries. Whether the books attributed to him are his work, or that of a 16th century alchemists who used his name, is open to debate. His famous 'Twelve Keys' (being the twelve stages to the possession of the Philospher's Stone) was first published in 1599 and continued to appear in various languages until the end of the 18th century. 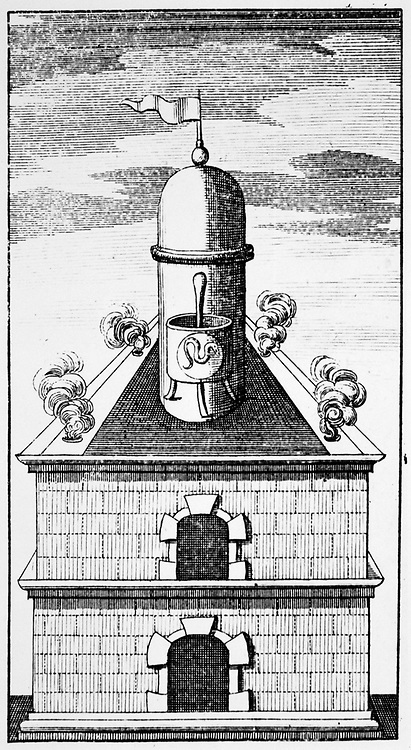