Fire at Loreto (On The Green)..1986..02.06.1986..06.02.1986..2nd June 1986..The aftermath of the disasterous fire at Loreto Convent which claimed the lives of six elderly nuns. The nuns were retired teachers at Loreto College for Girls which is attached to the convent. The nuns were named as Sisters' Edith,Eucharia,Seraphia,Margaret,.Rosario and Gonzaga. Fifteen other nuns managed to escape the inferno. The convent was said to be over 150 years old,the nuns resided in dorms on the top floor. Fire authorities were today trying to determine the cause of the fire...Picture shows Dublin Fire Brigade crews looking at the scene of the blaze which they had now extinguished. The outbreak of fire was on the top floor of the convent in the nuns dormitories. The nuns who died were said to be aged between sixty and eighty years of age. 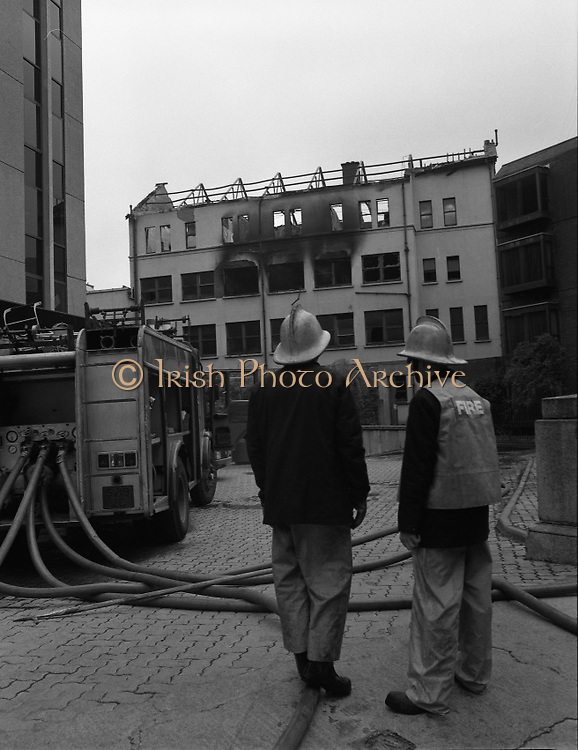