German re-armament and militarisation: Second World War pocket battleship 'Admiral Graf Spee'. After sinking nine Allied merchant ships in the Atlantic, she was tracked down by British warships in December 1939 and was damaged in he ensuing Battle of the River Plate. She put into Montevideo for repairs where she could stay for 72 hours. Rather than face destruction by waiting enemy warships and lose the lives of his whole crew, Captain Langsdorff scuttled his ship at the harbour estuary on 17 December. From series of 270 cigarette cards 'Die Deutsche Wehrmacht', Dresden, 1936. 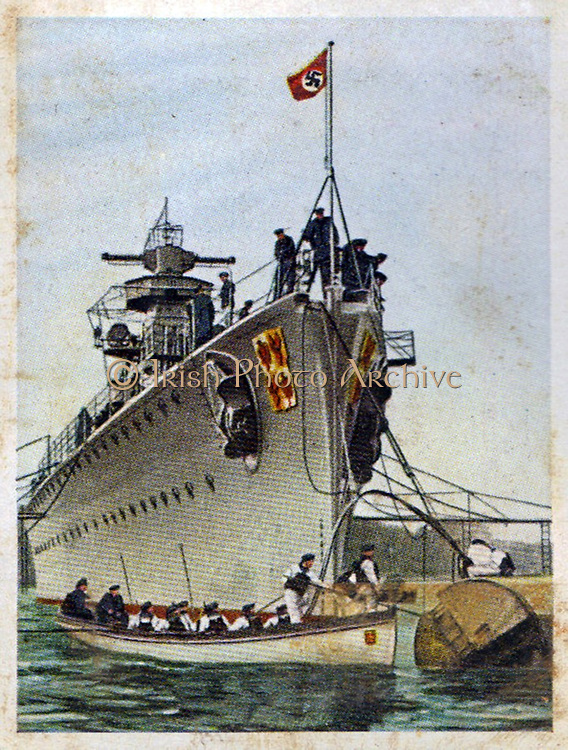