The New Museum was heavily damaged during air raids 1943 and 1945. Parts of it were completely destroyed. The ruin remained unsecured and exposed to weathering until a provisional roof was constructed in 1986. Only with construction works in the early 1980's mural paintings and decorative elements were intentionally taken down in order to use them during reconstruction. Between 2000 and 3000 these objects were collected in a database, identified and relocated. 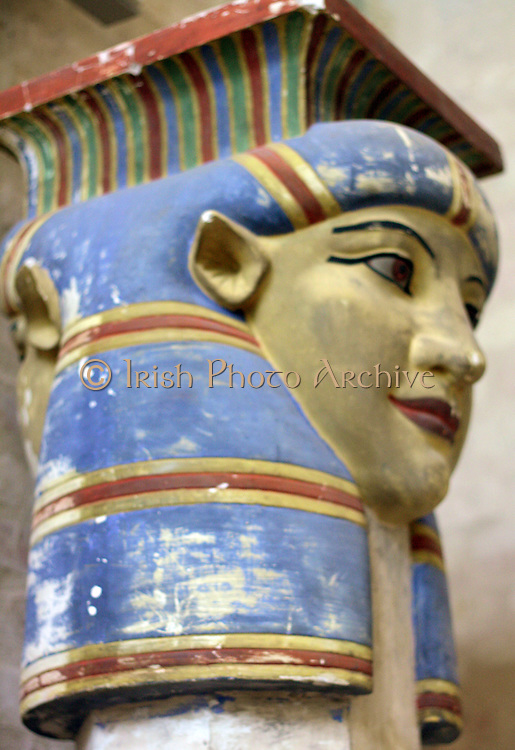