Gerardus Mercator (1512-1594) was a cartographer, born in Rupelmonde in the Hapsburg County of Flanders, part of the Holy Roman Empire. He was educated in Hertogenbosch by the famous humanist Macropedius at the University of Leuven. He is remembered for the Mercator projection world map, which is named after him. This proved very useful to many later navigators who could (using this map) sail across the entire ocean on a straight path (called a rhumb line). Despite Mercator's fame as a cartographer, his main source of income came through his craftsmanship of mathematical instruments. He died in Duisburg. 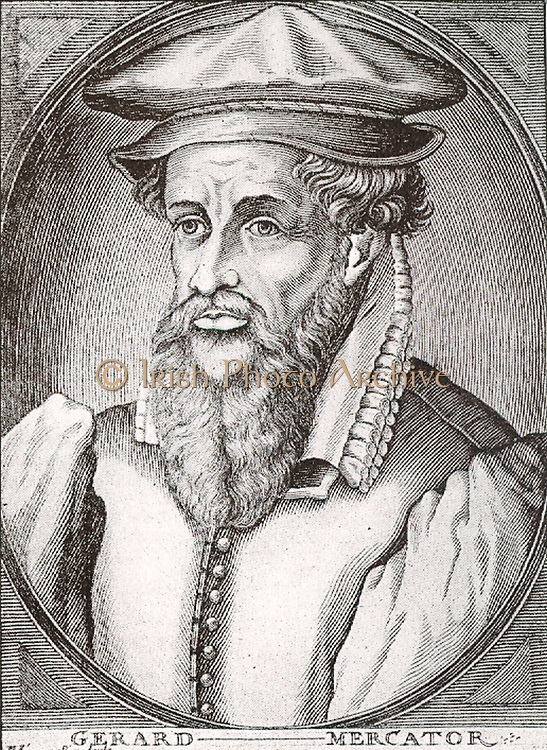