Thanks so much to Treasa Ní Ghearraigh for sending an email expanding on the captions for the Harry Corduff images! She informs us that the picture shows a march in Dublin following the jailing of Anraoi Ó Corrduibh (Harry Corduff), then Principal of Rossport National School, who took a stand against the deplorable condition of local roads and refused to pay his road tax in an effort to highlight the situation. Holding up the placard at the front is P.J. Ó Gearbháin, a local shopkeeper from Ceathrú Thaidhg who himself was also jailed, and Bríd Uí Chorrduibh (Harry’s wife). Directly behind Bríd is Cathaoir Ó Dochartaigh from Ceathrú Thaidhg. 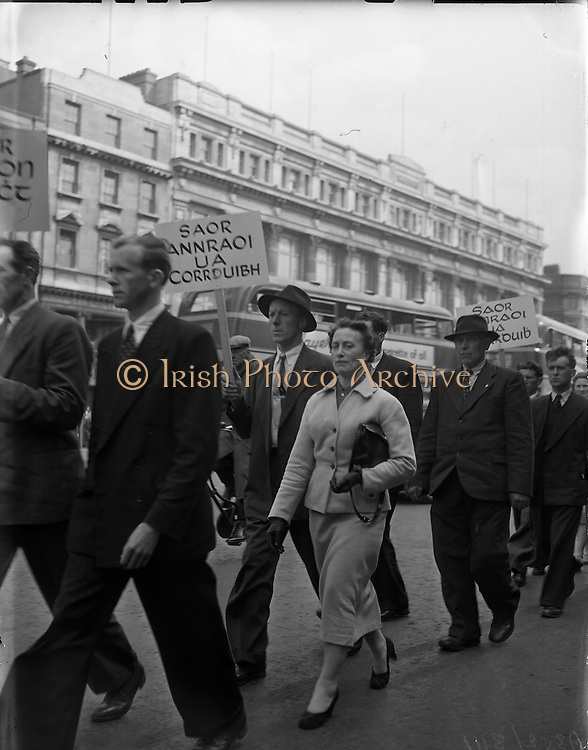