On Sat., April 17, 2010, the Advanced Land Imager (ALI) instrument on-board NASA's Earth Observing-1 (EO-1) spacecraft obtained this false-colour infrared image of Iceland's Eyjafjallajökull volcano from an altitude of 705 kilometres (438 miles). A strong thermal source (denoted in red) is visible at the base of the Eyjafjallajökull plume. Above and to the right, strong thermal emission is also seen from the lava flows located at Fimmvorduhals between March 20 and April 13, 2010. This is where lava first reached the surface, generating impressive lava fountains and lava flows. As the Fimmvorduhals episode was in a location with no ice cap, there was little of the violent interaction between lava and water that took place at Eyjafjallajökull and that generated the massive volcanic plume. To the east of Fimmvorduhals is the Myrdalsjökull ice cap, beneath which slumbers the mighty Katla volcano. Katla has erupted 20 times in recorded history, with the last eruption occurring in 1918. This ALI image is 38 kilometres (24 miles) wide, and has a resolution of 30 meters (98 feet) per pixel. Up is north-northeast. 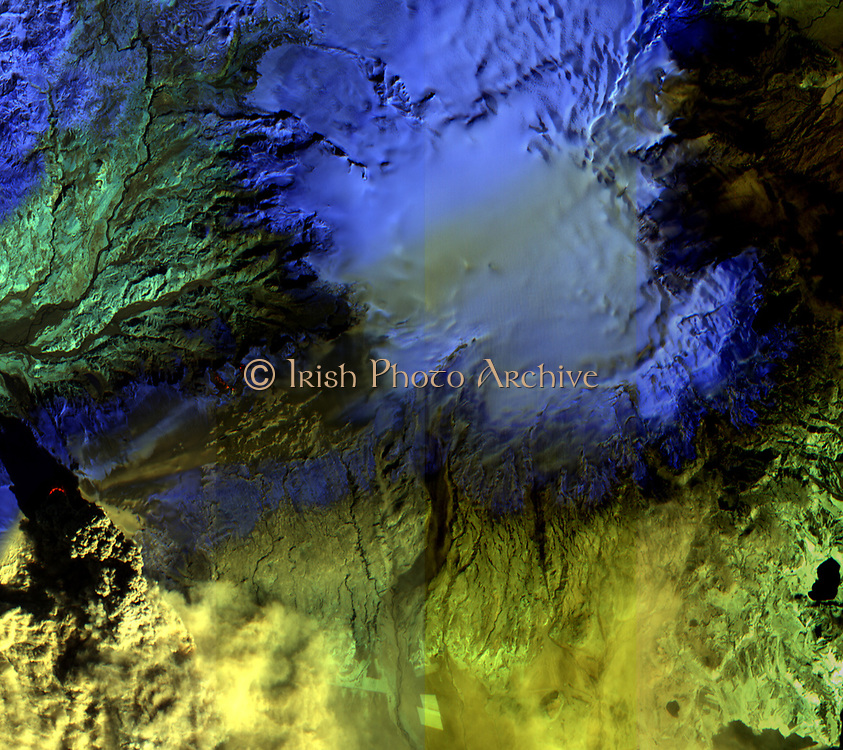