Farmers Protest in Kildare Street,Dublin..1985..01.02.1985..02.01.1985..1st February 1985..Photograph of Farmers protesting outside the offices of the legal firm of Whitney,Moore and Keller where tenders for the "Clover" assets were being submitted..In Nov 1984 Clover Meats closed with a loss of 600 jobs. Farmers who had supplied cattle to the factory were not paid for deliveries. As the assets were to be sold off, farmers demanded that they be paid the outstanding £2,000,000..Mr Michael Slattery,Munster Vice-President IFA,Mr Laurence Carroll,Chairman,Clover Farmers Creditors and Mr Tom Kearny,Executive Member,ICMSA led the protest. 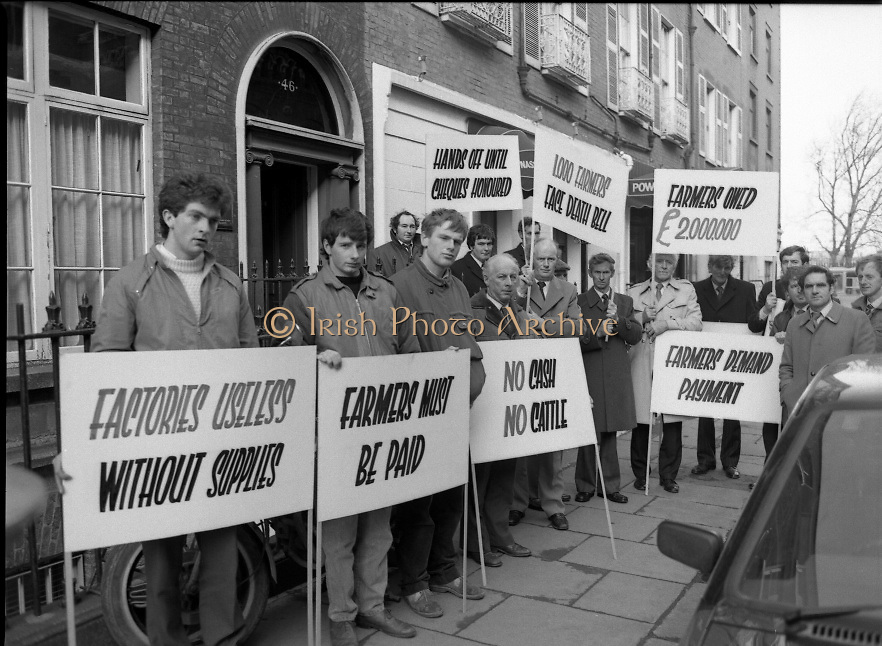