Sandstone stele with a figure of Vishnu From central India, 10th century AD. Vishnu is the preserver and maintainer of spiritual, moral and temporal order in the Hindu trinity. His character is almost like a monarch, which explains his tall crown, elaborate jewellery and upright posture. In his hands he holds a chakra (wheel) and gada (mace). His third hand is held in varadamudra (the gesture of giving), and his fourth hand, now broken, would probably have held a conch. Vishnu is also commonly seen holding a lotus, alluded to here by the small floral motif on his open right palm. This stele is typical of the sculptures from niches in tenth-century temple walls in central India. 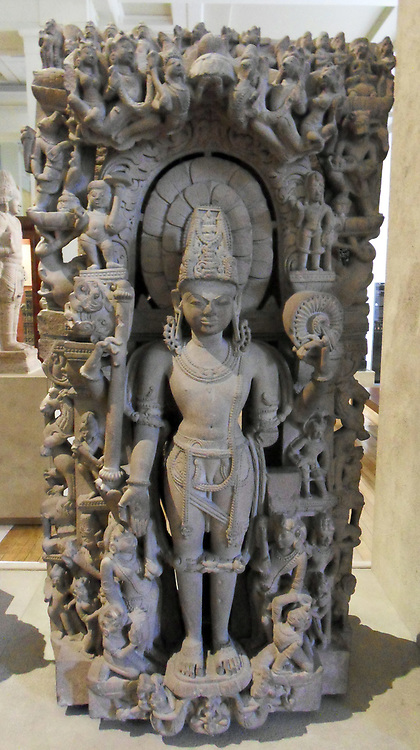