Ali vs Lewis Fight, Croke Park,Dublin. 19th July 1972. As part of his built up for a World Championship attempt against the current champion, 'Smokin' Joe Frazier,Muhammad Ali fought Al 'Blue' Lewis at Croke Park,Dublin,Ireland. Muhammad Ali won the fight with a TKO when the fight was stopped in the eleventh round.
On the sub card Joe Bugner was matched against Paul Neilson.The fight was stopped in the sixth round as Neilson could not defend himself. 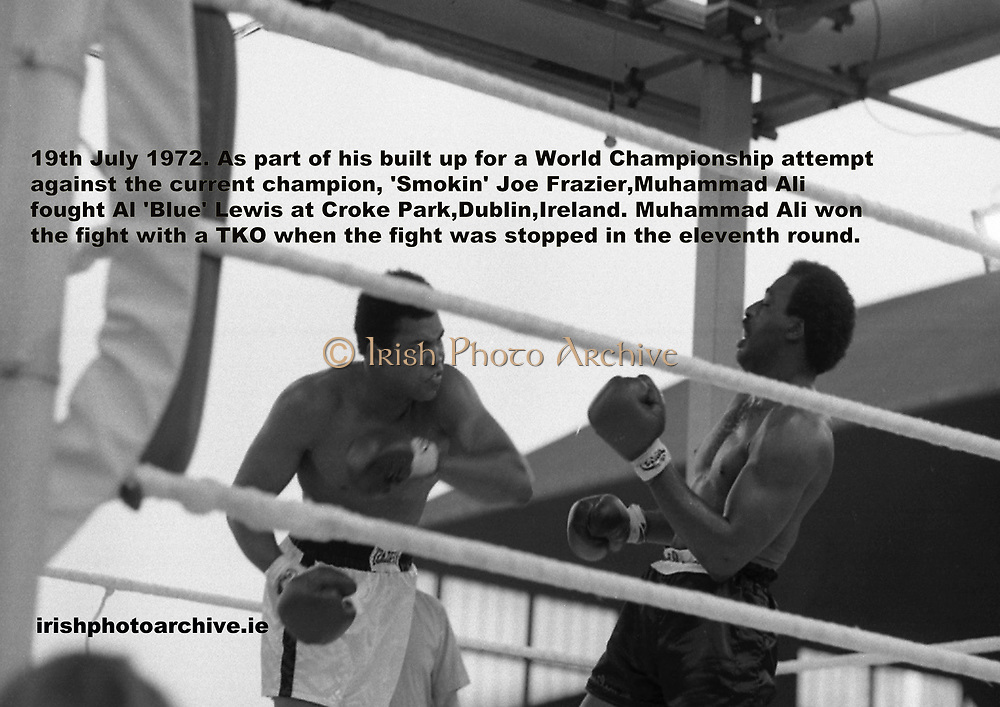