Jimmy O'Dea with girls 'Still at It' Christmas Show at The Gaiety - special for Waveband.17/12/1952..Jimmy O'Dea (26/04/1899 - 07/01/1965) was an Irish actor and comedian..Jimmy O'Dea was born in Lower Bridge Street, Dublin, where his mother kept a small toy-shop. He was one of 11 children. His father was an iron-monger and had a shop in Capel Street. He was educated at Blackrock College and Belvedere College. From a young age he was interested in taking to the stage; he co-founded an amateur acting group, the Kilronan Players, in 1917. But his father would not hear of it. O'Dea was apprenticed to an optician in Edinburgh, Scotland, where he qualified as an optician..He returned to Dublin where, aged 21, he set up his own business which he was, eventually, to give to his sister, Rita. In his spare time he took part in amateur productions of Ibsen and Chekhov. From 1920 he was in the Irish theatre in Hardwicke Street working with actor-producer John McDonagh. After working in plays by Shaw for a few years he rejoined McDonagh in revues, the first of which, Dublin To-Night, was produced at the Queen's Theatre in 1924. In 1927 he took to the stage full-time. In 1928, this company's first production Here We Are won international acclaim, and in December of the same year it produced its first Christmas Pantomime, Sinbad the Sailor..O'Dea made some film appearances, such as Darby O'Gill and the Little People (1959) in which he played King Brian of the little people and Johnny Nobody (1961). He also had a successful career in pantomime and toured Ireland and England many times, and is much associated with actress Maureen Potter (1925-2004), with whom he often partnered..O'Dea was also a prolific songwriter in his day. Many of his songs are still well known to this day..O'Dea married Ursula Doyle. Maureen Potter was bridesmaid. Seán Lemass was best-man; he would also give the valedictory oration at O'Dea's funeral in 1965.. 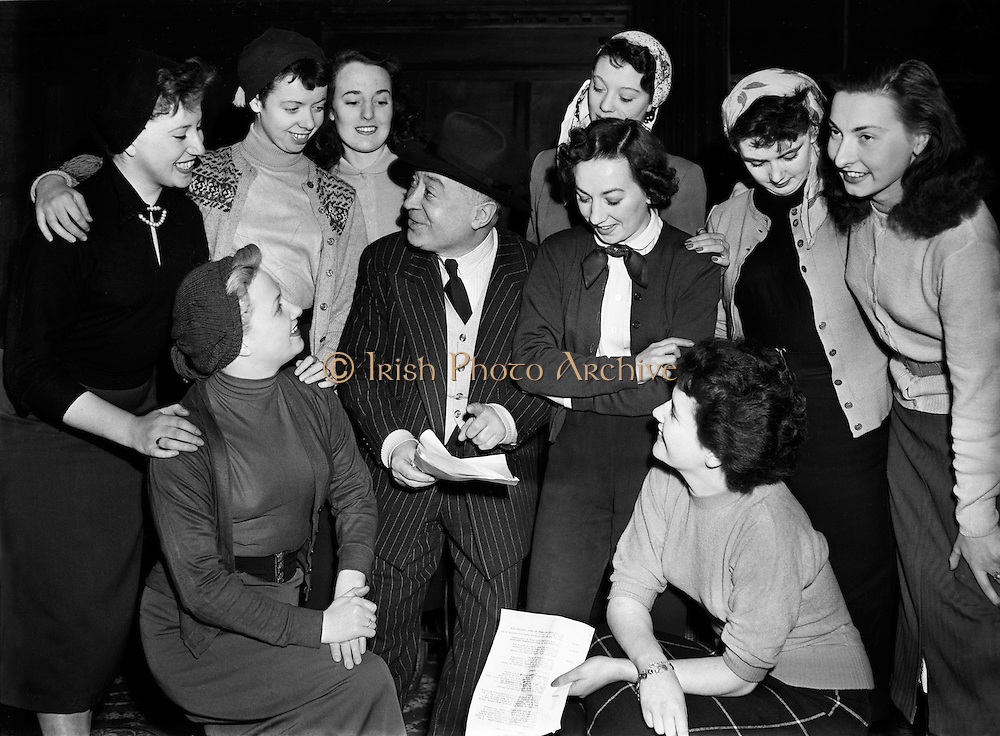