Burke and Wills Expedition to explore the interior of Australia (1860-1861). Death of Robert O'Hara Burke (1820-1861) Irish explorer and leader of the expedition. John King (1838-1872) taking leave of Burke's body. King was the first European to cross Australia and survive. Burke and Wills died of starvation, while King was found by friendly natives and cared for until a rescue party arrived. Engraving from 'Heroes of Britain and Peace and War' by Edwin Hodder (London, 1880). 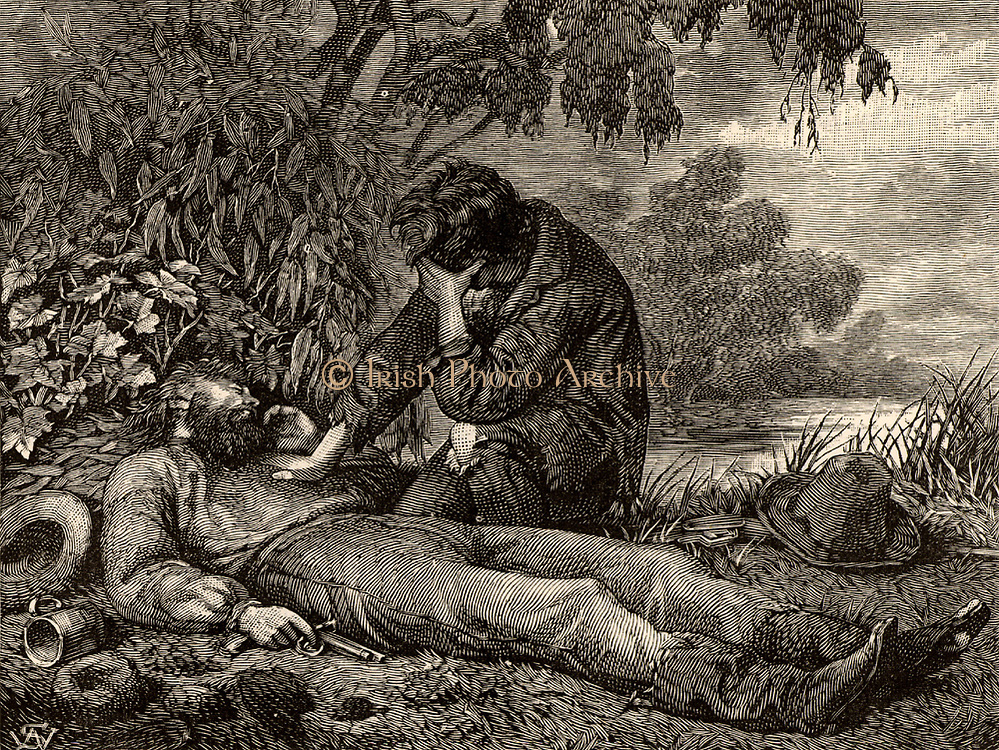