Spanish women to protest at State Department. Washington, D.C., April 4. Three thousand Spanish born women from large eastern cities, led by the widow of an American killed in Spain's Civil War, marched on the State Department today where they made a formal plea to 'revoke the arms embargo against the democratically elected Government of Spain'. The widow who headed the delegation was Mrs. Ernestina Gonzales, PH.D. and former Director of the Madrid University Library, 4/4/38 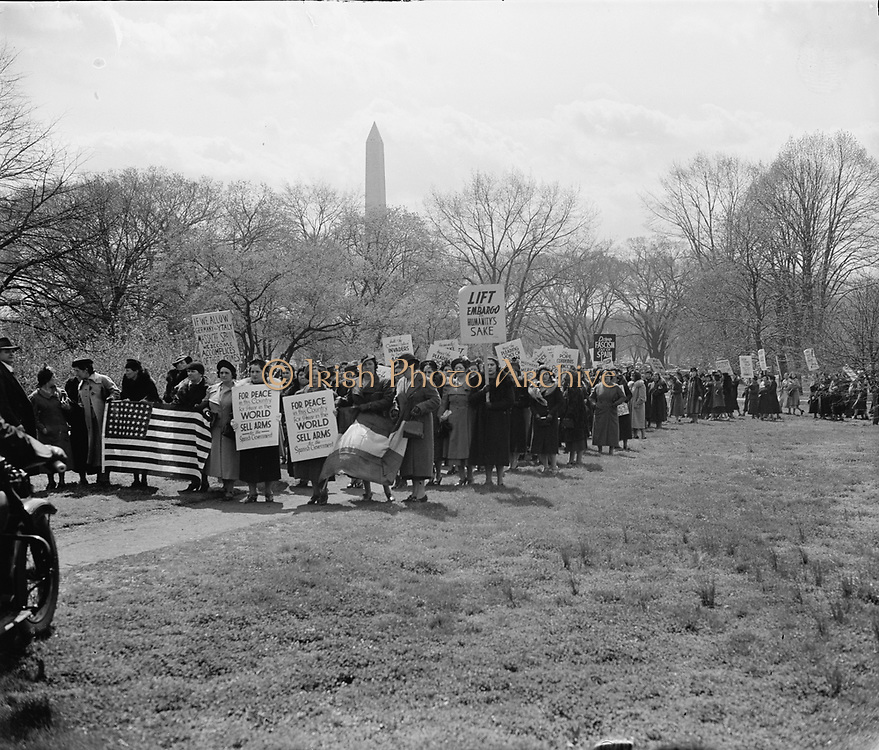