artist's concept shows delicate greenish crystals sprinkled throughout the violent core of a pair of colliding galaxies. The white spots represent a thriving population of stars of all sizes and ages. NASA's Spitzer Space Telescope detected more than 20 bright and dusty galactic mergers like the one depicted here, all teeming with the tiny gem-like crystals. When galaxies collide, they trigger the birth of large numbers of massive stars. Astronomers believe these blazing hot stars act like furnaces to produce silicate crystals in the same way that glass is made from sand. The stars probably shed the crystals as they age, and as they blow apart in supernovae explosions. The graph (see inset above) of infrared data from NASA's Spitzer Space Telescope tells astronomers that a distant galaxy called IRAS 08752+3915 is experiencing a storm of tiny crystals made up of silicates. The crystals are similar to the glass-like grains of sand found on Earth's many beaches. 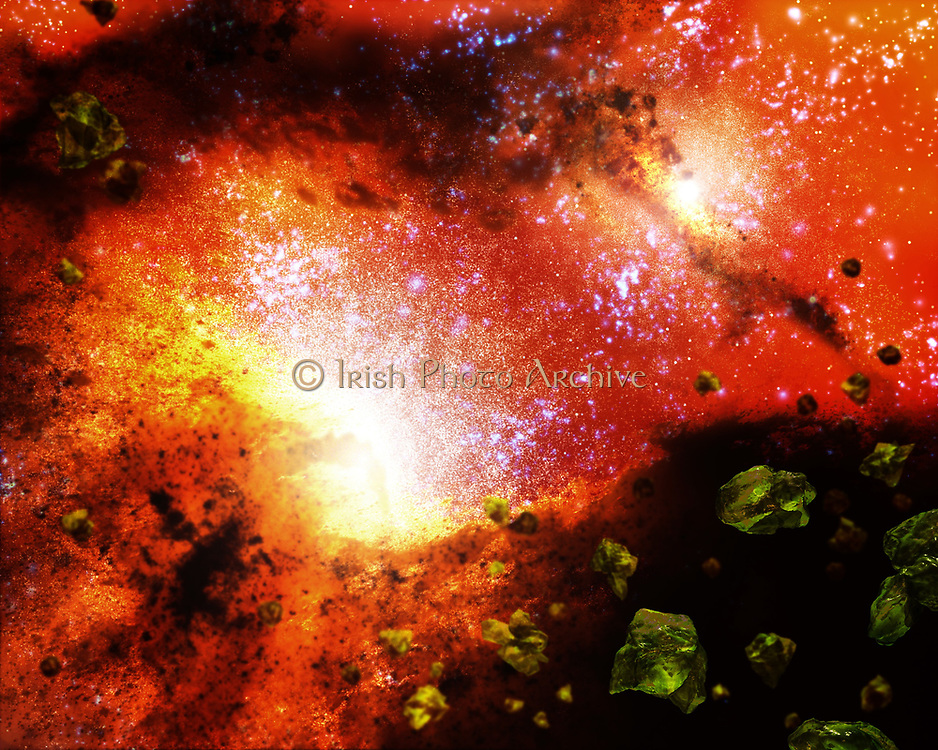