Fergus Rowan sits in at Bank of Ireland. (J70)..1975..22.08.1975..08.22.1975..22nd August 1975..As a result of the 1970 bank strike which lasted for six months, the Rowan family business found itself in financial difficulties. During the strike the Rowans had had to accept cheques in good faith in order to stay in business. When the cheques came for settlement the bank refused as they stated that some were 'dodgy'. This put severe strain on the business which was eventually put into receivership.As part of the process the Rowan business beside the bank was put up for sale and was purchased by B.o I. Rowan was outraged and started a campaign against the bank which culminated in a sit in at the banks headquarters in Westmoreland St,Dublin. He also became a thorn in the side of the bank at the A.G.Ms raising many points...Picture shows a High Court Order being served on Fergus Rowan by court official Mr Paul Harman. The order was served to force Mr Rowan to vacate the premises. 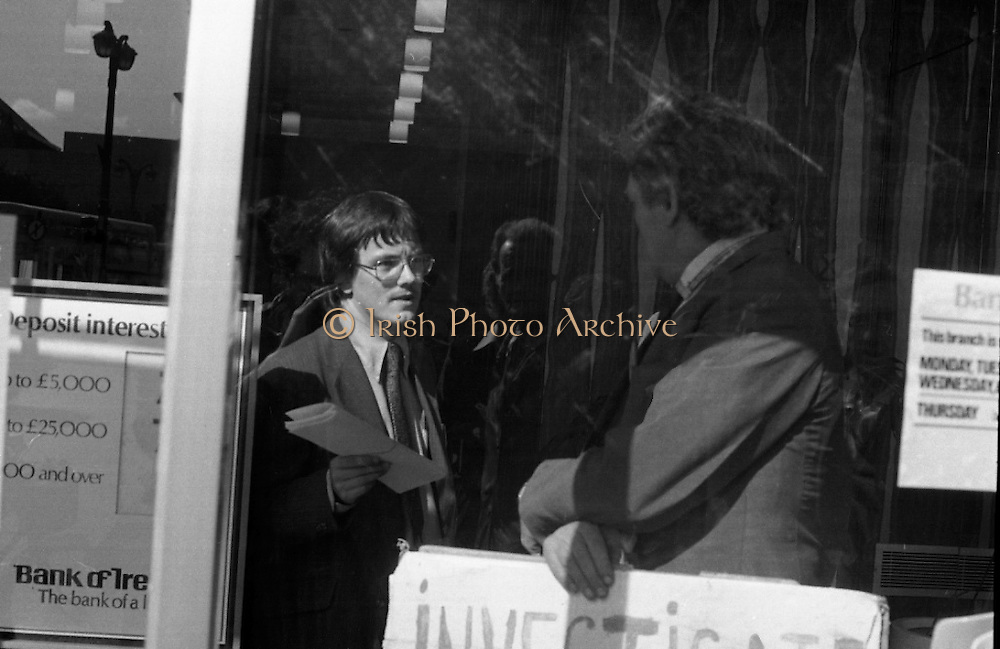