"Wrongway Corrigan" at Baldonnell. (R84)..1988..18.07.1988..07.18.1988..18th July 1988..Douglas "Wrongway" Corrigan returned to Baldonnell Airdrome 50 years after his transatlantic flight in a Curtiss Robin aircraft. After a transcontinental flight from California to New York, Mr Corrigan was to make a return flight to California. However on take off he took off over the Atlantic to Ireland. He had been refused permission from American authorities to fly solo to Ireland. On Arrival in Ireland he maintained that bad weather conditions and compass malfunction were the reason for his "wrongway' flight..In 1938 he was met by Mr R W O'Sullivan as he disembarked from his plane..Comdt D K Johnston, Irish Air Corps flew in formation with Mr Corrigan in Irish Airspace..Mr J Maher,Aer Lingus Chief Engineer,hangared the aircraft on arrival and Mr V Ellis of Oriole Steamship Lines was responsible for the transportation of the aircraft back to the U.S. aboard the S S Lehigh. These gentlemen were here today to meet again with Mr Corrigan...John Maher,who was Chief Engineer in Aer Lingus in 1938, is pictured meeting again with Douglas "Wrongway" Corrigan. 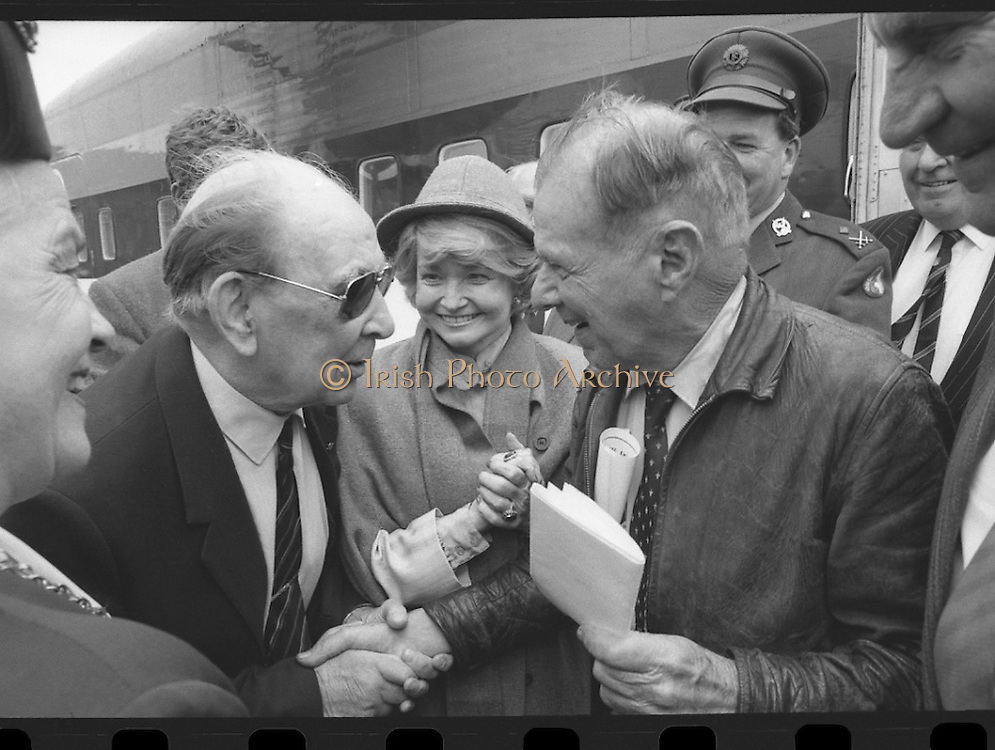