Saint Peter's Square or the Piazza San Pietro, a large plaza which stands in front of St. Peter's Basilica in the Vatican City, Italy. Placed in the centre is a 4,000 year-old Egyptian obelisk, which was places there in 1568. The actual square was designed by Gian Lorenzo Bernini almost 100 years later. The square also has 2 matching granite fountains, constructed by Carlo Maderno around 1613 and Bernini in 1675. This image shows the obelisk in greater detail. 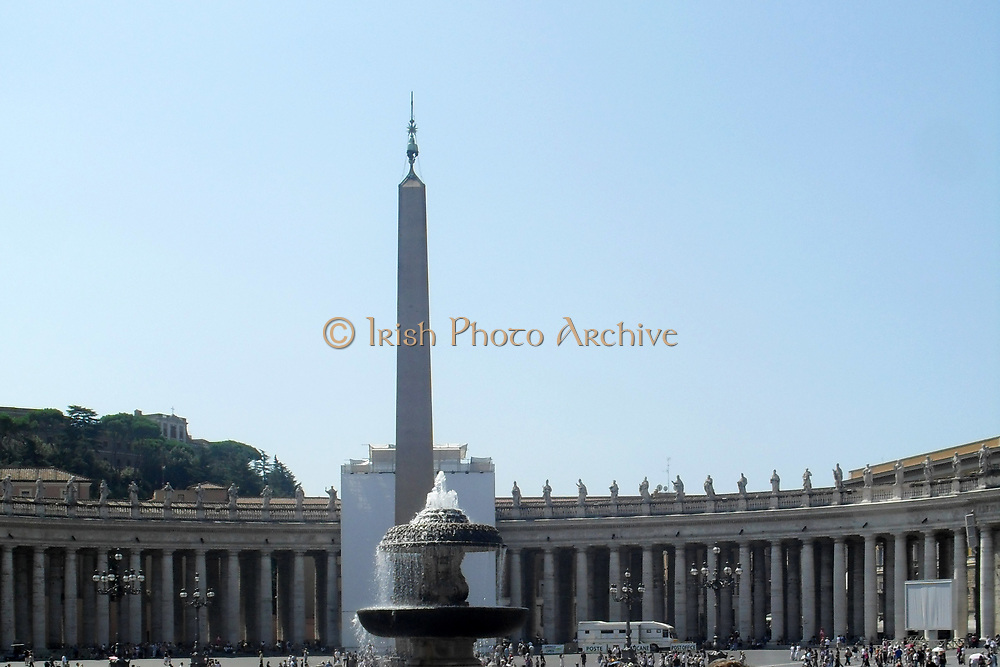