Roy Rogers 'King of the Cowboys' and his wife Dale Evans when they entertained the boys of St Augustine's School in Obelisk Park, Blackrock, Co. Dublin.19/03/1954..Roy Rogers, born Leonard Franklin Slye (05/11/1911 - 06/07/1998), was an American singer and cowboy actor, one of the most heavily marketed and merchandised stars of his era, as well as being the namesake of the Roy Rogers Restaurants franchised chain. He and his wife Dale Evans, his golden palomino, Trigger, and his German Shepherd dog, Bullet, were featured in more than 100 movies and The Roy Rogers Show. The show ran on radio for nine years before moving to television from 1951 through 1957. His productions usually featured a sidekick, often either Pat Brady, (who drove a Jeep called "Nellybelle"), Andy Devine, or the crotchety George "Gabby" Hayes. Rogers's nickname was "King of the Cowboys". Evans's nickname was "Queen of the West.". 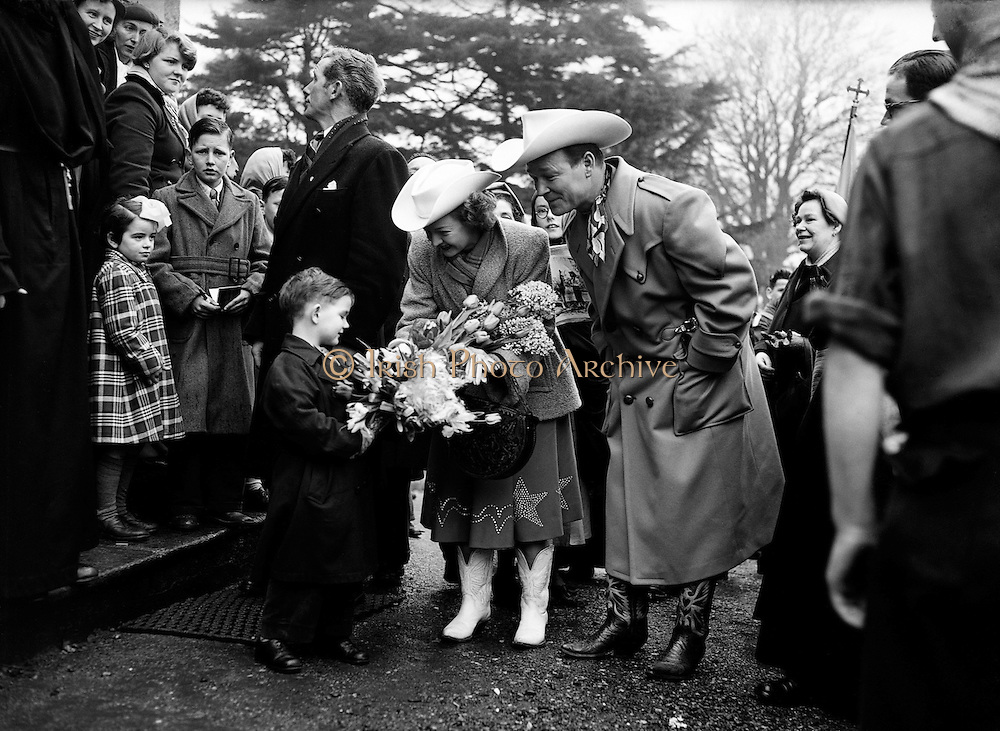