An, as yet, un-named foal sired by the famous Shergar was on view for the first time today. The viewing was prior to the auction to be held at Goffs Sales, Kildare..Image of Mr Tommy Stack,Manager of Thomastown Stud,and Ms Yvonne Morrissey, stable girl, as they bid farewell to the colt as he leaves for the auction rooms..Note; On the 8th February 1983,"Shergar",was kidnapped from the Ballymany Stud, Curragh, Co, Kildare. the IRA were the alleged kidnappers. Shergar had been syndicated for £10million by the Aga Khan,his owner. Shergar had won the Epsom Derby by a record 10 lengths. The purported ransom was £2million. Despite a large investigation the horse had disappeared and no trace of him was ever found. The story has been the subject of much controversy and has be much covered in books and film 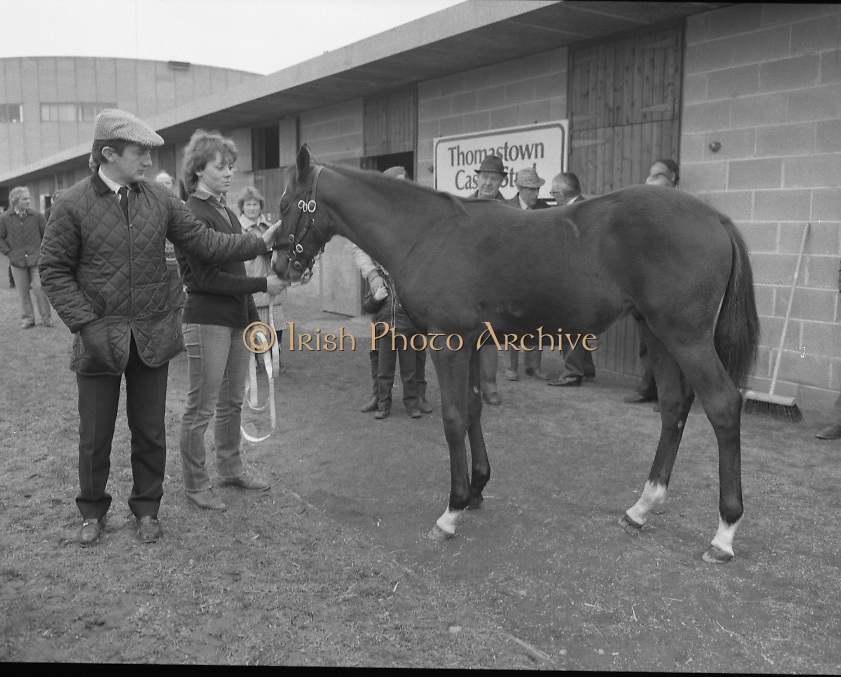