03/08/1967
08/03/1967
03 August 1967
Arrival of "Saint Brendan II" in Dublin. Image shows Captain Louis Lourmais and Vint Lloyd of Nova Scotia preparing the "Saint Brendan II" a curragh they hoped to sail from Fenit Co. Kerry to America by the Northern Route (Ireland, Iceland, Greenland, North America) and land between Boston and Rhode Island to see if Brendan the Navigator could have reached North America in the 6th century AD. Captain Lourmais had the curragh built to specifications resembling those of what was believed to be the type of craft available in the 6th century. The curragh had just arrived in Dublin from Canada via Liverpool. It was the first time the curragh had been in the water since its construction. 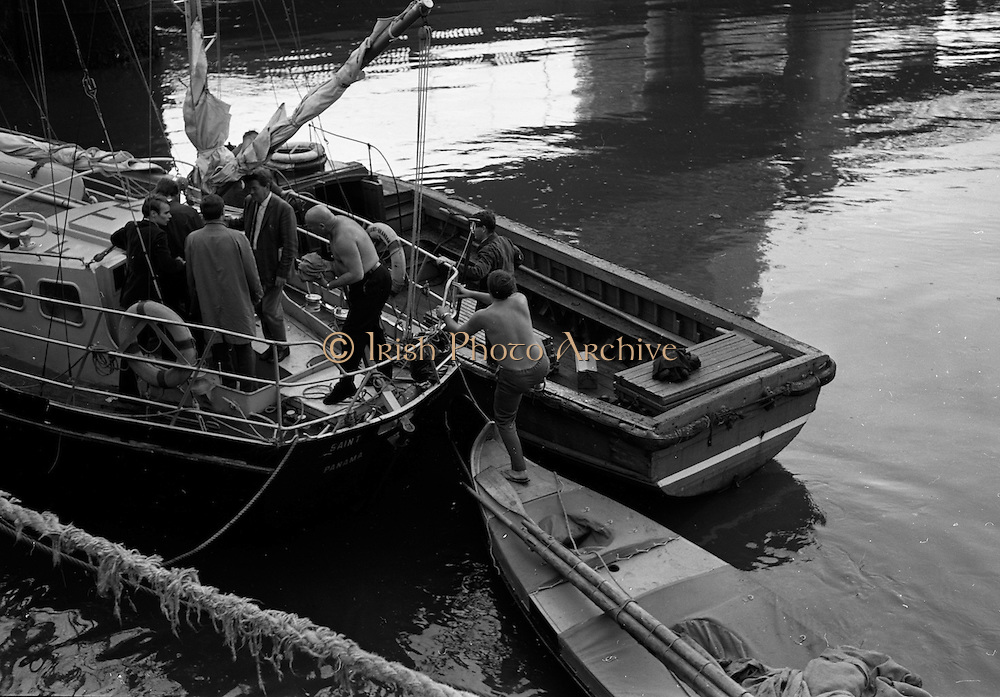