Army Removes Refuse In Dublin..1986..05.06.1986..06.05.1986..5th June 1986..Due to the ongoing strike by Dublin Corporation workers,the army were called in to help clear some of the mounds of rubbish stacking up around the city. Health worries from the rotting rubbish and the danger of rat infestation caused the intervention. The 2nd Garrison Supply and Transport Company,McKee Barracks,Dublin were delegated to clear the rubbish from St Theresa's Flats,Donore Avenue,Dublin...Picture shows soldiers operating the bulldozer to clear some of the rubbish building up around the city. Army vehicles had to be used as the corporation vehicles were under picket. 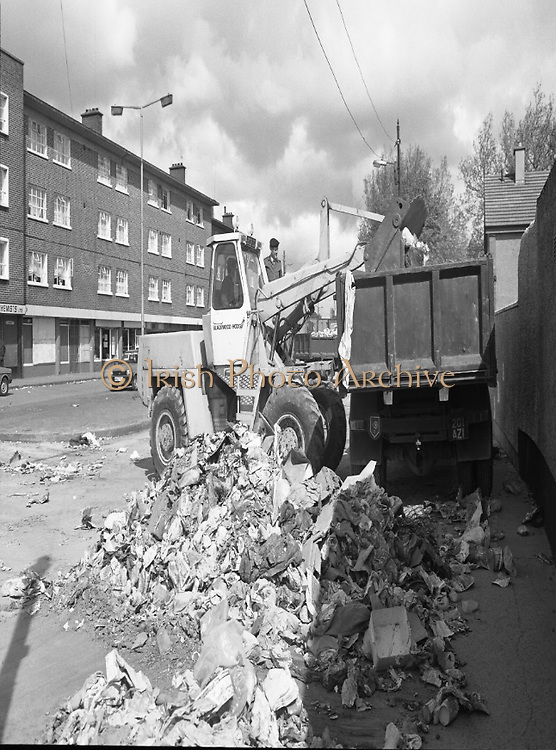