The immense Andromeda galaxy, also known as Messier 31 or simply M31, is captured in full in this new image from NASA's Wide-field Infrared Survey Explorer, or WISE. The mosaic covers an area equivalent to more than 100 full moons, or five degrees across the sky. WISE used all four of its infrared detectors to capture this picture (3.4- and 4.6-micron light is collared blue; 12-micron light is green; and 22-micron light is red). Blue highlights mature stars, while yellow and red show dust heated by new-born, massive stars Andromeda is the closest large galaxy to our Milky Way galaxy, and is located 2.5 million light-years from our sun. It is close enough for telescopes to spy the details of its ringed arms of new stars and hazy blue backbone of older stars. Also seen in the mosaic are two satellite galaxies, known as M32, located just a bit above Andromeda to the left of centre, and the fuzzy blue M110, located below the centre of the great spiral arms. These satellites are the largest of several that are gravitationally bound to Andromeda. The Andromeda galaxy is larger than our Milky Way and contains more stars, but the Milky Way is thought to perhaps have more mass due to its larger proportion of a mysterious substance called dark matter. Both galaxies belong to our so-called Local Group, a collection of more than 50 galaxies, most of which are tiny dwarf systems. In its quest to map the whole sky, WISE will capture the entire Local Group. NASA's Jet Propulsion Laboratory, Pasadena, Calif., manages the Wide-field Infrared Survey Explorer for NASA's Science Mission Directorate, Washington. The mission's principal investigator, Edward Wright, is at UCLA. The mission was competitively selected under NASA's Explorers Program managed by the Goddard Space Flight Centre, Greenbelt, Md. The science instrument was built by the Space Dynamics Laboratory, Logan, Utah, and the spacecraft was built by Ball Aerospace & Technologies Corp., Boulder, Colo. Science operations and 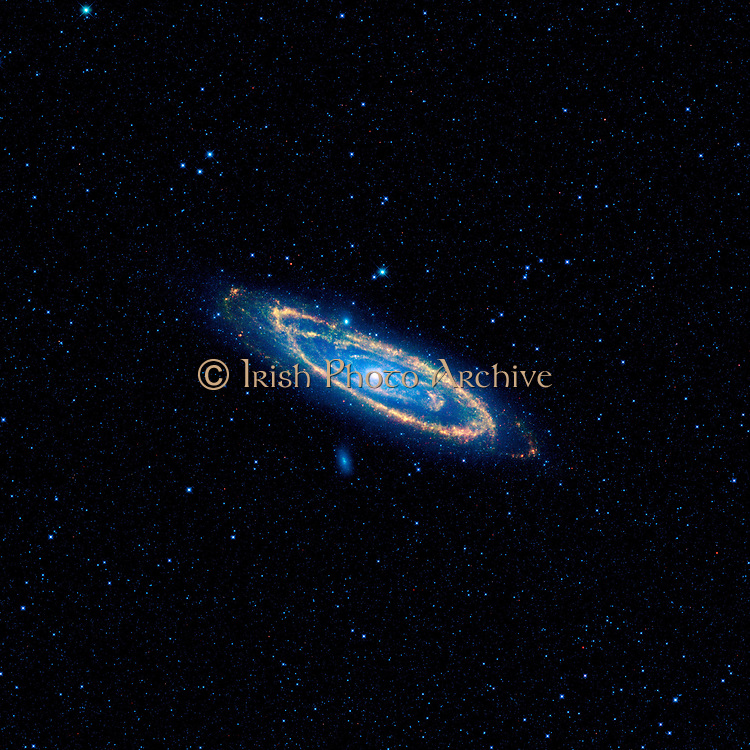