The Execution of Emperor Maxililian of Mexico, Oil on canvas (1868) by Eduard Manet (1832-1883) French painter. Emperor Maximilian I of Mexico: Maximilian (1832-1967) was born Archduke Ferdinand Maximilian Joseph of Austria and was proclaimed Emperor of Mexico on 10 April 1864 with the backing of Napoleon III of France. Few foreign government recognised his regime, which was also the case with Mexican liberals. The ensuing conflict ended with the Emperor's execution. 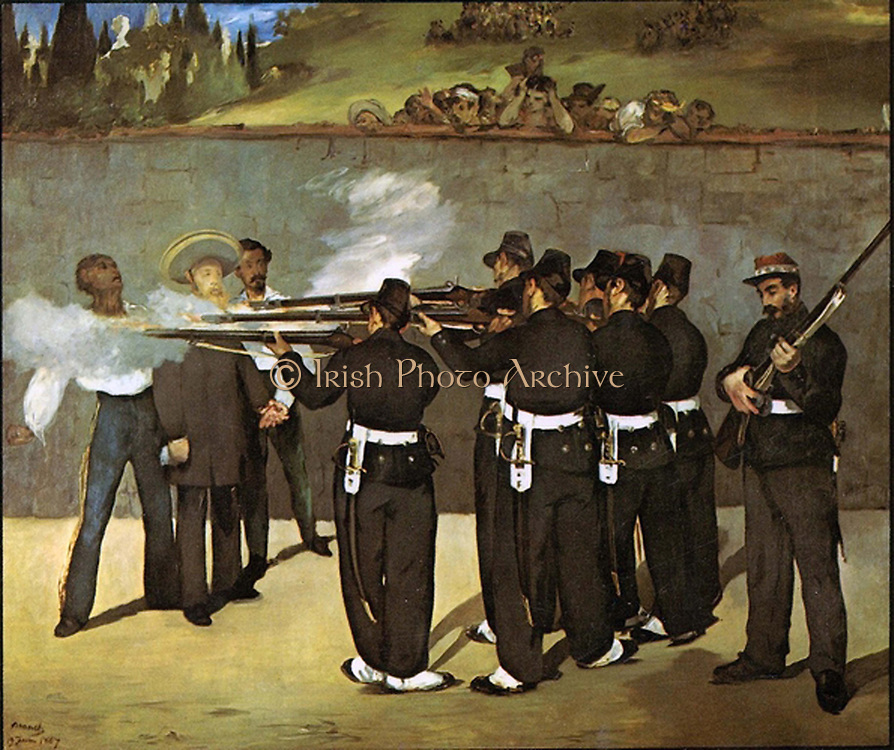