League of Ireland vs Liverpool FC. (M87)..1979..18.08.1979..08.18.1979..18th August !979..In a pre season friendly the League of Ireland took on Liverpool FC at Dalymount Park Phibsborough,Dublin. The league team was made up of a selection of players from several League of Ireland clubs and was captained by the legendary John Giles. Liverpool won the game by 2 goals to nil..The scorers were Hansen and McDermott..Image shows Liverpool players Phil Thompson, Ray Clemence and Terry McDermott lining up before kick off. 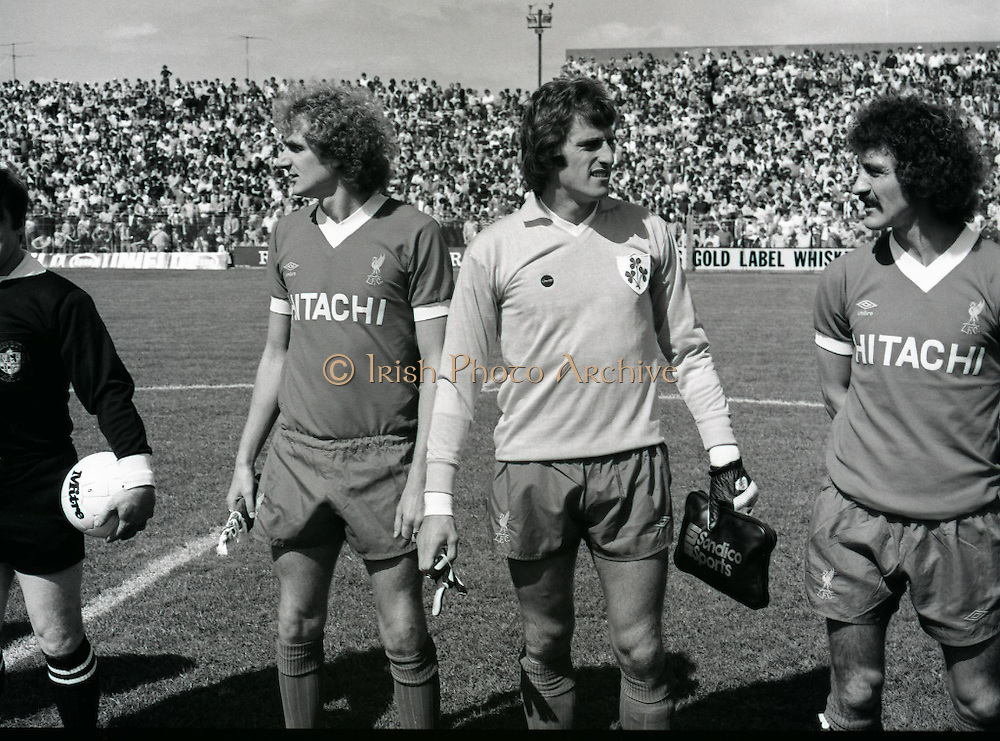