This image is of the carbon dioxide ice cap at the south pole of Mars. The pattern is formed by the ice vaporizing. Scientists think that as the ice cap melts from the bottom up, the carbon dioxide turns directly into gas. It flows beneath the ice to openings, eroding the ground below into a spiderlike network of troughs. The flowing gas also carries dust that escapes with it and settles into fan-shaped deposits on top of the ice. This image was taken in February 2009 by the High Resolution Imaging Science Experiment (HI RISE) camera on NASA’s Mars Reconnaissance Orbiter. It covers an area around .6 miles across. 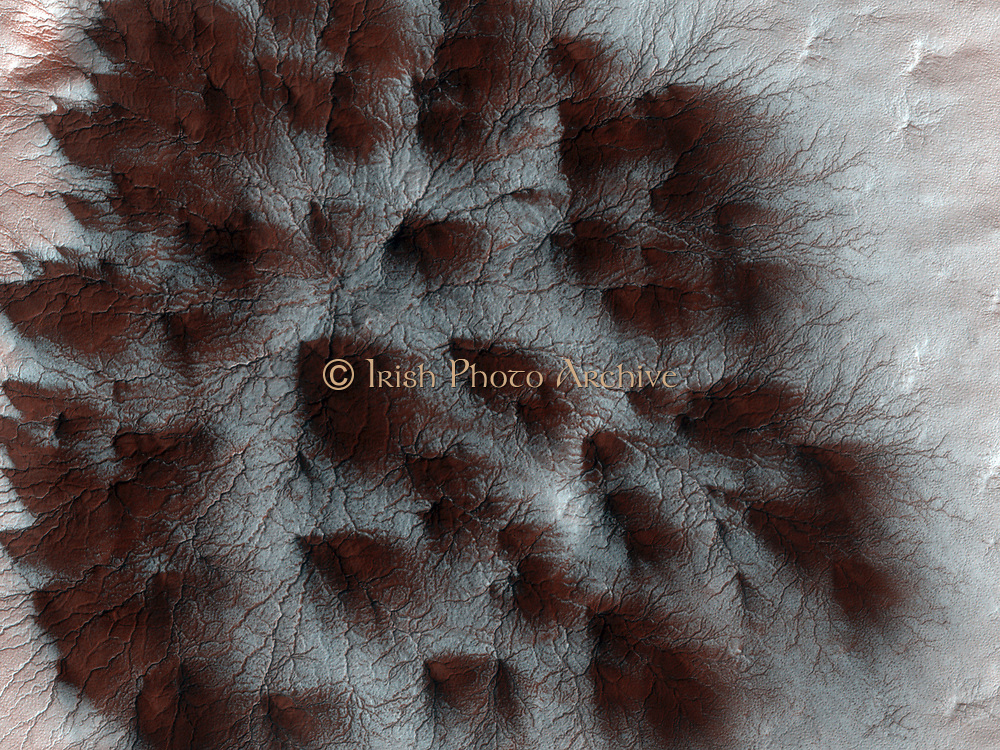