northern and southern hemispheres of Venus as revealed by more than a decade of radar investigations culminating in the 1990-1994 Magellan mission. The Magellan spacecraft imaged more than 98% of Venus at a resolution of about 100 meters; the effective resolution of these images is about 3 kilometres. A mosaic of the Magellan images (most with illumination from the west) forms the image base. Gaps in the Magellan coverage were filled with images from Soviet Venera 15 and 16 spacecraft in the northern quarter of the planet, with images from the Earth-based Arecibo radar in a region cantered roughly on 0 degrees latitude and 0 degrees longitude, and with a neutral tone elsewhere (primarily near the south pole). 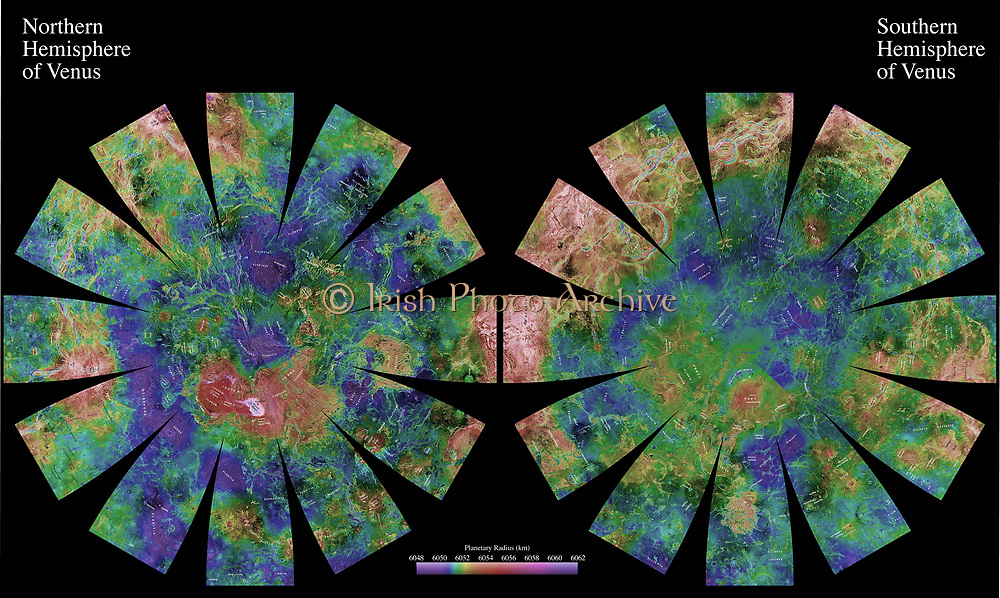