Archbishop Godfrey leaving for London - for Catholic Herald .05/12/1958 ..William Godfrey (1889-1963) was an English Cardinal of the Roman Catholic Church. He served as Archbishop of Westminster from 1956 until his death, and was elevated to the cardinalate in 1958..William Godfrey was born in Liverpool to George and Mary Godfrey. His father was a haulage contractor. He leaned towards the priesthood from an early age, never taking another career into serious consideration. After studying at Ushaw College, Durham, and the English College, Rome, he was ordained on 28 October 1916 in Rome. He then finished his studies in 1918, obtaining his doctorates in divinity and philosophy in 1917, and did pastoral work in Liverpool until 1919. He taught Classics, Philosophy and Theology at Ushaw from 1918 to 1930, the year when he was raised to the rank of Domestic Prelate of His Holiness (28 October), with the title of monsignor, and appointed rector of the English College. At the College, the strict priest was known to his students as "Uncle Bill". In 1935, Godfrey was made a member of the Pontifical Commission to Malta, and he was in official attendance at the 1937 coronation of King George VI..On 21 November 1938, he was appointed Titular Bishop of Cius and first Apostolic Delegate to Great Britain, Gibraltar and Malta. Godfrey, who was the first papal representative to England since the Reformation,[4] received his episcopal consecration on the following 21 December from Cardinal Raffaele Rossi, OCD, with Archbishop Luigi Traglia and Bishop Ralph Hayes serving as co-consecrators, in the chapel of the English College. He was also chargé d'affaires of the Holy See to the Polish government-in-exile in London in 1943, and was made Archbishop of Liverpool on 10 November 1953..Pope Pius XII named Godfrey as Archbishop of Westminster, and thus the ranking prelate of the Catholic Church in England and Wales, on 3 December 1956. During his installation, Godfrey condemned Communis 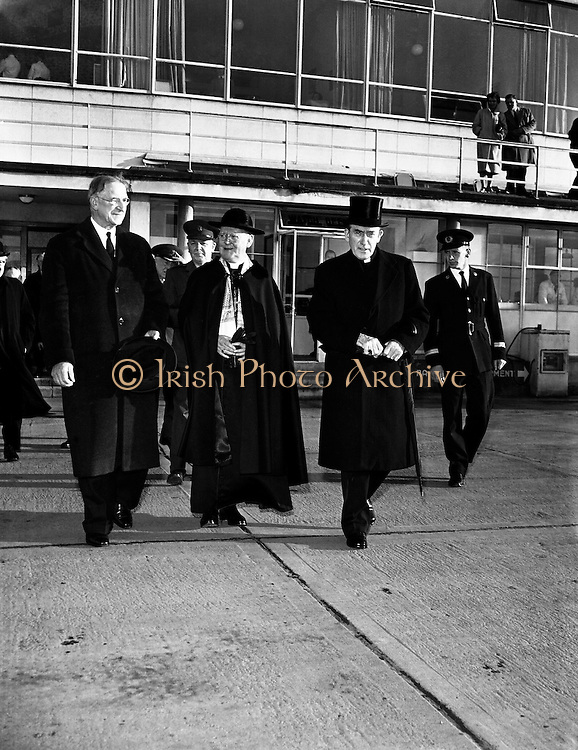