Car Bomb Damage in Dublin (E10)..1972.02.12.1972..12.02.1972..2nd December 1972..On the morning of 2nd December '72 two car bombs exploded in Dublin City. At Sackville Place two busmen were killed as they waited in their car to resume work. The busmen were named as George Bradshaw (30) and Thomas Duffy (23). The bomb was thought to be planted by a Northern Ireland subversive group who hoped to influence legislation going through Dail Eireann in relation to the I.R.A...Image of the car,thought to be the bomb vehicle, tossed against the wall along Eden Quay. 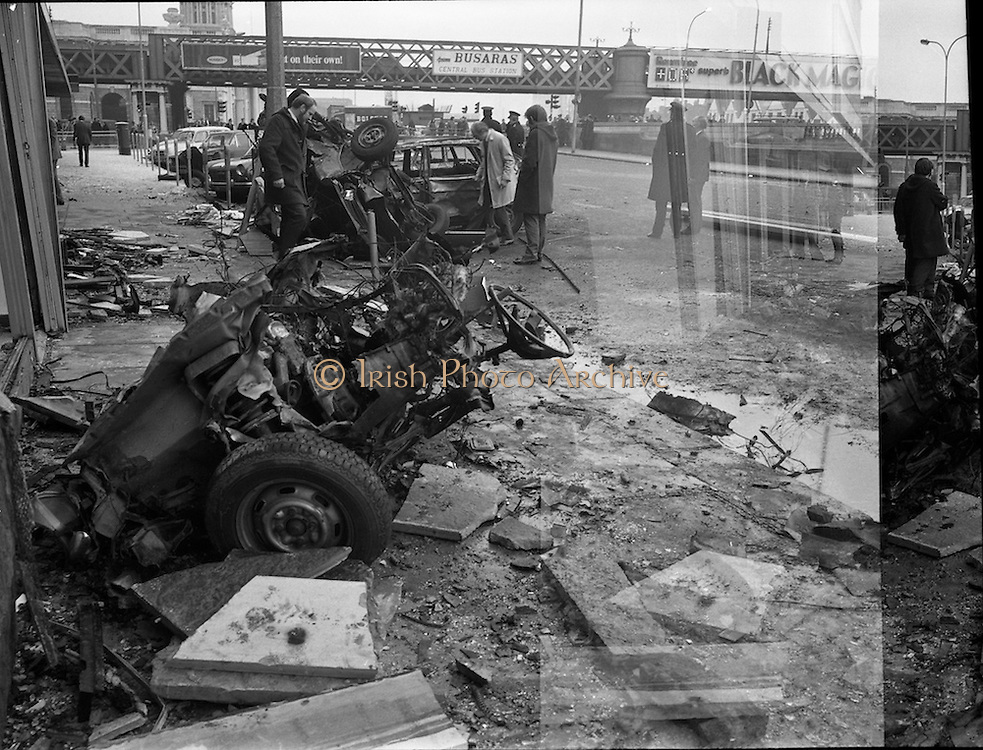