Iris Kellett with Micheal MacLiammoir in Grafton St. Bookshop.05/10/56..16 Mar 2011.DEATH OF AN IRISH LEGEND.By Louise Parkes..Iris Kellett, one of the most influential figures in the history of Irish equestrian sport, died last Friday aged 85. She leaves behind a long legacy of excellence as a competitor, trainer, breeder and horse producer but will be best remembered for her own hugely successful career and for her mentoring of many of Ireland's greatest Jumping riders including Eddie Macken...In 1935 at the age of nine, Iris walked her pony, Sparklet, from her home at Mespil Road in Ballsbridge to win her first rosette at the RDS - and she never looked back. She placed herself firmly on the map when clinching the British Ladies National Championship in 1947 and, that same year, was a member of Ireland's very first civilian Jumping side that competed in Nations Cups at Newport and Blackpool against teams from England, Sweden and Italy. Until then the sport of Nations Cup Jumping had been restricted to members of the military. She already had 150 wins at national level under her belt...She was always ahead of her time. At the age of 12 she was already teaching large numbers of pupils at her father, Harry Kellett's, riding school in Mespil Road. She carried a confidence and competence into everything in which she would become involved...Iris was just 22 years old when she won the Grand Prix at Dublin Horse Show - a feat matched by only two other Irish lady riders in the history of the event. And her career went into over-drive when, in 1949, she won the coveted Princess Elizabeth Cup at White City in London, a feat she again repeated two years later. All of these successes were recorded with her great gelding Rusty who denied his humble origins as a plough-horse to become one of the true stars of his age...A devastating schooling fall brought her career to a swift halt in 1952 however. She fell so heavily that her leg shattered and her shinbone was driven into the g 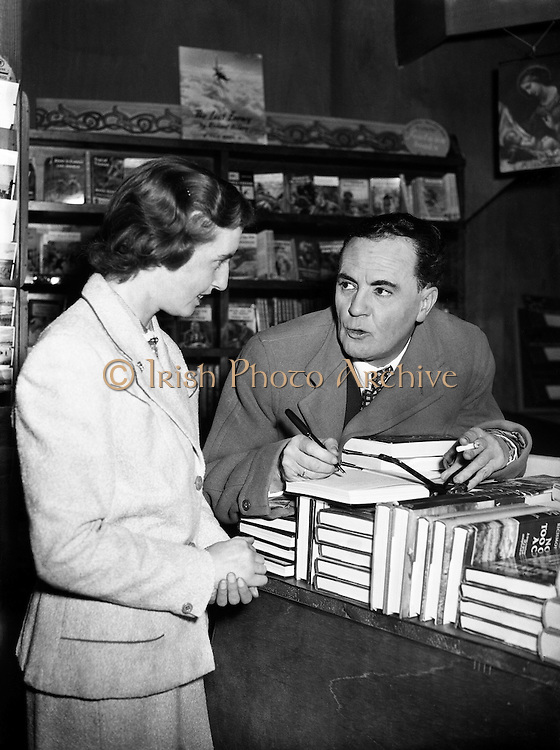