Jupiter's moon Europa, is seen in a cutaway view through two cycles of its 3.5 day orbit about the giant planet Jupiter. Like Earth, Europa is thought to have an iron core, a rocky mantle and a surface ocean of salty water. Unlike on Earth, however, this ocean is deep enough to cover the whole moon, and being far from the sun, the ocean surface is globally frozen over. There is a red glow in the interior of Europa's rocky mantle and in the lower, warmer part of its ice shell. This tidal heating is what keeps Europa's ocean liquid and could prove critical to the survival of simple organisms within the ocean, if they exist. 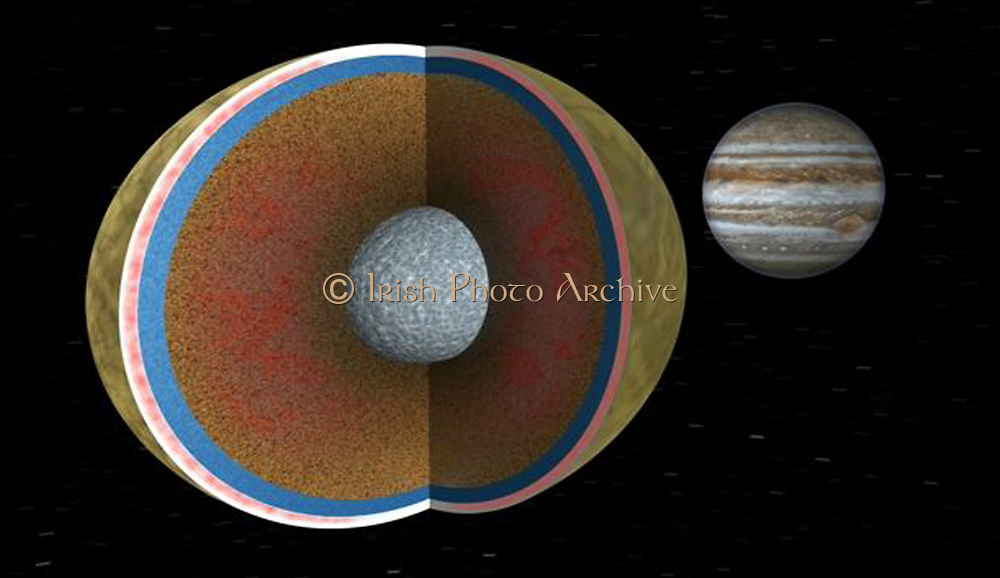